Darlings Of Many! Are these Nigeria’s 15 Most Eligible Bachelors? 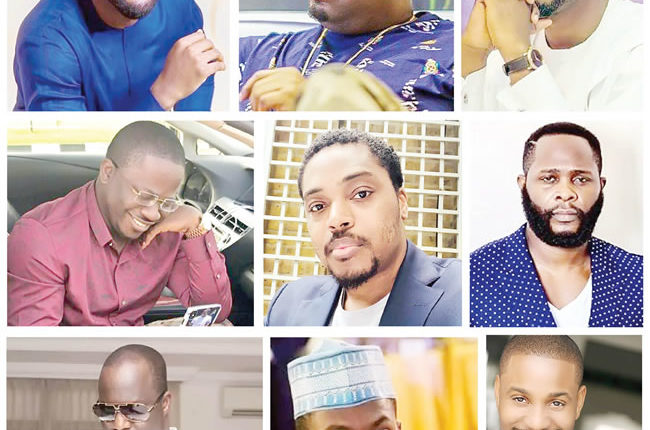 They are staggeringly handsome, smart, ambitious and thankfully unmarried.  Judging by the population and geographical size of the country, the list seems endless. Saturday Tribune’s TUNDE AYANDA brings you a selected names of the real heartthrobs that every Nigerian spinsters would want to have…

Michael Collins Ajere is one of the most influential people in the entertainment industry in Africa.

The 38-year-old music producer has all it takes to flutter the heart of any woman. Interestingly, many celebrity ladies had confessed he was the only person in the industry they could accept his marriage proposal.

‘Don Jazzy’ like the real don of his career enjoys a posh lifestyle. He drives a Bentley, has good manners, highly comfortable and intelligent…what else does a woman want? But the producer remains single and he often goes on the internet to joke about his marital status.

If your dad is the billionaire Chairman of Globacom, finding a beautiful woman to marry can never be your problem.

Babajide, the first son of Dr Mike Adenuga is a man of himself, successful in his own right.

The CEO of 3-Inclusive Limited has a business sense and is considered one of the youngest billionaires in the country, and interestingly makes the list of one of the most eligible bachelors.

‘Sujimoto’ as he is widely known is probably the youngest and most popular person in the country’s real estate sector.

His dream to build luxury houses for Nigerians keeps rising everyday, and the 5th anniversary celebration of his company recently was wow! All the major billionaires were present and were glad to associate with him.

The good looking dude must have known the importance of keeping a wife at home as he joked in 2019 that he was ready to give any woman deserving to be his wife a house and Rolls Royce. The fuzz the proposal created was better imagined, it was a joke many women found not funny! Suji is a piece of cake they all want to have.

The young businessman boasted to his friends that 2020 is the year for him to sign the dotted line…hey! This October.

The Speaker of the Oyo State House of Assembly is blessed with good looks, fashion sense, the swag and he is the Number Three Man in his State at just 33!

Debo Ogundoyin is the prayer point of many pretty women, but the prayer is yet to be answered as the young politician is said not to be considering marriage at the moment but has his minds on how to perform his duties and contribute to the fortune of Oyo State.

Debo has not been identified with any serious relationship, he keeps a very private life and is committed to make an impact in a government he is part of .

like a man favoured by the gods, Olamilekan Agbelesebioba was living a quiet life while pursuing his musical dreams, as fate would have it within a short period, the young man’s smartness, maturity and humility won him the approval of many and he became an overnight celebrity…thanks to Big Brother Naija.

Laycon, just as predicted, won the last Big Brother show and this earned him a place in the hearts of many ladies.

The musician who claimed he doesn’t have a relationship before entering the Big Brother now has millions of women who are willing to share in his wealth and also spend the rest of their lives with him.

He is Nigeria’s version of Steve Harvey. Joro Olumofin is a relationship expert and the confidant of many Nigerian women.

His social media pages is filled with daily confessions and relationship tips and the brain behind this, Joro is also a ladies man. He has an athletic body and dresses to kill.

He is a man sought by many ladies who feel his understanding of relationship makes him a perfect man for marriage, but funnily, the ‘love doctor’ himself is still much single.

‘Debola-Lagos’ as he is popularly known is mostly in the midst of the prettiest and loveliest Nigerian ladies, they all adore him and cherish his friendship.

Debola is a socialite who boasts of an enviable contact which he is using to his advantage.

He has the looks, knows what to say and what to do, all his female-friends attest to his generosity.

Debola had not been officially linked with any woman, it’s hard to tell who is a friend or a lover from the way he operates. Dude seems to be happily single and enjoys the attention.

The handsome son of Dr Mike Adenuga once confided in the public of his closest encounter to getting married, but as fate would have it, he still remains single.

Loaded and quiet, Paddy has a stare that can melt the heart of any woman.

He savours his quiet time in Accra, Ghana where the attention isn’t much on him and he promised he would be the first to announce when he eventually becomes lucky and find the right woman.

Jeremi doesn’t play low and he is rarely seen around.

The billionaire who started his life as a model for top designers like Calvin Klein, Tommy Hilfiger and the rest has women at his beck and calls.

He became popular among the rich and famous when his boss, Ibe Kachikwu became the Minister of Petroleum and Jeremi became a power broker.

He is said to have high taste when it comes to fashion and women.

Jeremi is the most sought out of the lot as women want to experience what it takes to be in a relationship with him.

Many considered the 25-year-old singer, Tobiloba Anidugbe a marriage essential. He has great looks, the lips and knows the songs that can fling open any woman’s heart, and yes, he is focused and appears to know what he is doing.

The young singer has been linked to a couple of affairs, but as it is, marriage is not in his plans at the moment.

The 34-year-old Nigerian actor and model was first runner up at the 2010 Mr Nigeria contest. He won the Best Actor in a Supporting Role award at the 2013 Best of Nollywood Awards and had since been winning the hearts of many women who love his roles in the movies.

Alex has his married best friends taunting him every day to find a woman and settle down and from what we hear, the handsome model is considering their advice.

Who would not want to marry the son of the President? Yusuff is undoubtedly a hot topic among Hausa girls who jostled for his attention. Undoubtedly, they all want the piece of the cake.

It is understandable judging from his background that he would rather find a suitable woman from the North, so the other parts of the country are not so keen on the pursuit, also considering religious beliefs.

The son of the President favours a private life and doesn’t come on social media like his siblings and all other Northern rich kids.

Don’t be surprised to find him on the list, Adepeju Olukokun has won the hearts of women with his dedication to spend his time and money to improve the lives of the hopeless.

Kokun has a growing followership and the admiration of many women who consider him a husband material.

he became the sensation after the last edition of the Big Brother Naija. Son of billionaire, Terry Waya won the hearts of many with his humility and ideas and he was destined to win the price before the unexpected happened.

His romance in the house with Erika still remains a hot gist amongst the youth who kept vigil and see what would become of the affair and know if they stand the chance.

Help! I am looking for a boyfriend