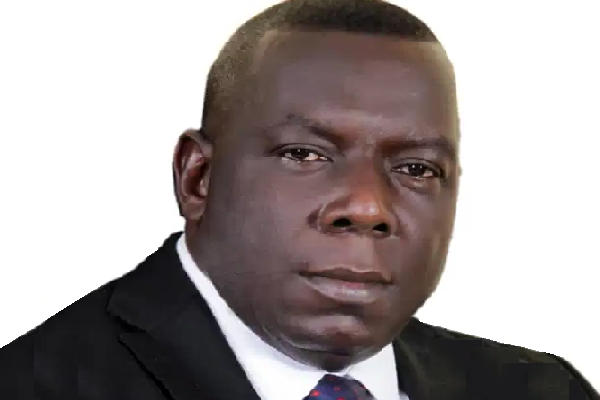 The Supreme Court on Thursday, in a split decision of four to three Justices, struck out Senator Stephen Odey’s appeal seeking to be declared the authentic candidate of the Peoples Democratic Party (PDP) on December 5, 2020 by-election in Cross River North Senatorial District.

The apex court in the split decision held that the appeal was defective and lacked merit because the processes were wrongfully served.

Justice Centus Nweze who read the majority judgment held that Odey’s appeal was without merit and consequently struck out.

Senator Stephen Odey had filed an appeal at the apex court against the decision of the Court of Appeal, Abuja voiding his candidacy in the by-election.

The appeal had Jarigbe Jarigbe, John Alaga and the Independent National Electoral Commission (INEC) as respondents.

In the appeal, Odey prayed the Supreme Court to, among others, set aside a portion of the judgment delivered by the Court of Appeal, Abuja on December 17, 2020, directing INEC to recognise Jarigbe as the candidate of the PDP for the by-election.

Odey stated that his party, the PDP conducted its primary election on September 5, 2020, preparatory to the December 5, 2020 by-election.

Odey added that, while Jarigbe’s case was pending, he (Odey) sued the Independent National Electoral Commission (INEC) in the suit marked: FHC/CA/CS/87/2020 for delaying to publish his name as the PDP’s candidate, weeks after the party submitted his name to it (INEC) as the winner of the primary.

He stated that the Federal High Court, Calabar delivered its judgments in both cases on December 3, 2020, affirming him as the authentic PDP candidate, while the court struck out Jarigbe’s case for want of jurisdiction.

Odey said the Federal High Court proceeded to make an order of perpetual injunction, restraining INEC from interfering with his candidacy.

He said based on the court’s decision, he contested the by-election of December 5, 2020, as the candidate of the PDP and was declared the winner by INEC, following which he was sworn in on December 16, 2020, at the Senate as the Senator representing Cross River North Senatorial District.

Odey said he was shocked to learn the next day (December 17, 2020) that the Court of Appeal, Abuja upheld an order made by a High Court of the Federal Capital Territory (FCT), Abuja directing INEC to accept Jarigbe as the candidate of the PDP for the same election he won and on which basis he was inaugurated as a Senator.

He stated that unknown to him, while they were before the Federal High Court, Calabar, in respect of the suit by Jarigbe, challenging the outcome of the primary election, an ally of Jarigbe, John Alaga filed a suit before the High Court of FCT on October 5, 2020, claiming that Jarigbe won the primary, but that he should be disqualified for submitting forged certificates to INEC.

In a judgment on November 14, 2020, Justice Bintu Mohammed of the High Court of the FCT, dismissed the suit by Alaga, marked: CV/77/2020, on the grounds that the plaintiff failed to establish his case.

Odey stated that rather than stop at just dismissing the suit, Justice Mohammed proceeded to make consequential orders, directing INEC to recognise Jarigbe as the candidate of the PDP, a decision Alaga appealed to the Court of Appeal, Abuja.

He stated that the Court of Appeal, in its judgment in the appeal by Alaga delivered on December 17, 2020, agreed with the High Court that the suit was without merit, but failed to set aside the consequential orders made by the trial court without jurisdiction.

In his appeal, Odey further faulted the Court of Appeal for refusing to set aside the consequential orders, despite finding that the PDP, the party, whose candidate’s fate was being determined, was not made a party at the High Court and that the suit, being a pre-election matter, was filed by Alaga after the 14 days allowed.

Odey added that the Court of Appeal, in its December 17, 2020 judgment, “refused to set aside the consequential orders made by the trial court, despite finding that the case was a crass abuse of judicial process and that the court has no jurisdiction to entertain same.

“It is the failure to set aside the consequential orders that is the central and sole focus of this appeal,” he said.

Meanwhile, Samuel Ologunorisa (SAN), Ifedayo Adedipe (SAN) and Agada Elachi, lawyers to Agada, Jarigbe and INEC respectively, faulted the competence of the appeal and prayed the court to dismiss it for lacking in merit.

However, the minority judgment delivered by Uwani Abb-aji, disagreed that the service of processes was defective, adding that the processes were effectively served.

The minority judgment, therefore, held that the appeal had merit and should have been allowed.

We are laying foundation for revolutionary achievements ― Gbajabiamila