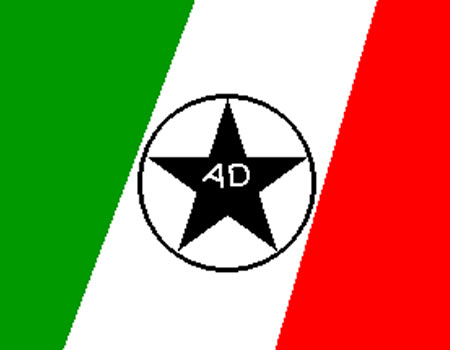 CRISIS appears to have rocked the Lagos State chapter of Alliance for Democracy (AD) as the party, through a communiqué read by its National Publicity Secretary, Ms Olayinka Nola, announced the suspension of Mr Kolawole Ajayi, its chairman in the state replacing him with Rev. Otti, in an acting capacity.

In the communique read by Nola at the end of an emergency general congress of the party in Lagos on Tuesday night, Ajayi’s suspension was based on allegation of engaging in acts of indiscipline and gross misconduct in the management of the party’s affairs, saying the decision forms the outcome of the work of a disciplinary committee that was put in place to investigate the allegations against the embattled chairman.

But reacting in a telephone chat with the Sunday Tribune, National Chairman of AD, Chief Joseph Avasi, said the status quo remained, declaring that nobody had been suspended, even as he stated the procedures for suspending officers of the party.

According to Avasi, a person to be suspended must be giving a fair- hearing by communicating him, upon which a panel would be set up to sit on the matter, saying that his office never received any notice to that effect.

The communiqué stated that the decision against Ajayi had been ratified by the stakeholders present, adding that it also enjoyed the overwhelming consent of the majority of AD membership in the state.

The communiqué read: “In view of the above, Kola Ajayi is hereby suspended from office. As a result of his suspension, Rev. Otti, our vice chairman (West) has been appointed to take over the leadership of our great party in Lagos State.”

Some of the grouse against Ajayi by the stakeholders as contained in the communiqué made available to newsmen in Lagos on Wednesday include lack of transparency in the management of the party’s affairs, overstaying in office as against provisions of the party’s constitution.

On illegal tenure elongation, the Lagos chapter accused Ajayi of running fourth term as the state chairman, saying this was contrary to the party’s constitution as contained in Article 15, Sub Section 2 and 3 of the Alliance for Democracy.

Reacting to the development, National Chairman of AD, Avasi said his office did not receive any notice of from Lagos AD chapter relating to any move to suspend Ajayi as the state chairman, maintaining that nobody had so far been suspended.

“I have not received any memo (concerning Kola Ajayi), who are the officers that met? You can’t suspend a state chairman like that,” the AD national chairman said, while not dismissing the fact that the aggrieved members might have their grouse.

“As far as I am concerned as the party national chairman, nobody has been suspended,” Avasi maintained.

Also reacting in a telephone chat, Mr Ajayi, dismissed the decision said to have emanated from the party, declaring that he remained the AD chairman in Lagos State.

According to him, the report that he was suspended was “untrue and malicious,” saying the party’s national chairman could even be called to ascertain his claim that he (Ajayi) remained in office and was not suspended by anybody, adding: “Those behind the suspension are unknown, they have been suspended from AD.”

Use your PVCs to kill Atiku politically, Oshiomhole tells Nigerians