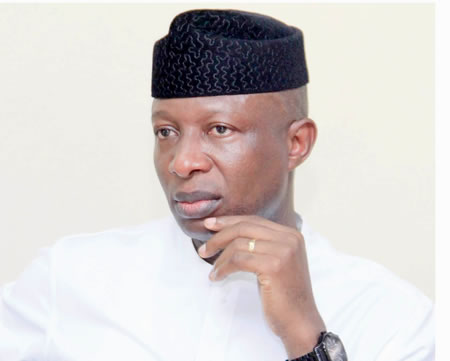 Experts at the Forestry Research Institute of Nigeria (FRIN), headed by the director-general, Professor Adeshola Adepoju, in a study entitled: ‘Nigerian Indigenous Plants: A Clarion Call to Combat COVID-19’ provide evidence to show that solutions to COVID-19 can be found in nature. Some relevant plants indigenous to Nigeria are highlighted therein. PAUL OMOROGBE shares excerpts:

Plants are important not only for food but also for medicine. Traditional herbal medicine is natural and is said to cause comparatively fewer complications.

Although diseases are currently being treated more often through medicines of synthetic origin and specifically developed in laboratories, and their definite effects in the treatment of diseases have contributed to the development of their use, the use of some medications leads to certain damages in the body. Solutions to past and current epidemics and pandemics in the world have been found in nature, and it is not out of place to hope that impending or even accidental maladies will succumb to the remedies provided by same nature. Thus, the importance of medicinal plants and their products is increasingly recognised and the public confidence in their use is constantly strengthened. Hence, alternative source for combating an epidemic is through nature.

Since the outbreak of the ongoing coronavirus (COVID-19) pandemic which was first identified in Wuhan, China in December 2019 and has now spread across over 160 countries of the world, several disease control and prevention research have relentlessly been under way. Also attempts on vaccines have been in progress, as well as various treatment options explored.

The State Council of China held a news briefing on February 17, 2020, indicating that chloroquine phosphate, an old drug for malaria treatment, had demonstrated marked efficacy and acceptable safety in treating COVID-19 associated pneumonia as a result of its broad-spectrum antiviral activity and regulatory effects on the immune system.

It now turns out that chloroquine and its alternative version – hydroxychloroquine seem to work on viruses by inhibiting a process called glycosylation, a chemical transformation of the proteins in the virus’s outer shell that is part of the infection process. Chloroquine’s antiviral properties were earlier explored in the mid-1990s against HIV and in the following decade against severe acute respiratory syndrome, or SARS, which is closely related to the novel coronavirus.

Physicians are already using chloroquine anyway, because there’s nothing else yet and China currently has the highest record of patient with recovery cases at an astonishing number of over 71,000 out of about 81,000 infection cases (National Health Commission, China, 2020).

Synthetic drugs and their side effects

Although synthetic medicines have been passed through scientific screenings and proved very effective, information about its side effect is not hidden. It is said that synthetic drugs can be deadly and even violent at times with common side effects which include: paranoia, nausea, euphoria, anxiety, chest pain, seizure, sweating, hallucination, heart attack, restlessness, aggression, suicidal or homicidal behaviour, just to mention a few. Chloroquine and its related quinines are known to have been associated with cases of retinal toxicity, particularly when provided at higher doses for longer times. Deposits that can lead to blurred vision and blindness may be the effect of accumulation of the drug.

Medicinal plants: Ideal therapeutic with little or no side effect

Nature Plants (2020 publication) demonstrated that herbal medicines and plant natural products are less understood mechanistically compared to chemical drugs but several clinical investigations have been started to more precisely evaluate their effects. For example, a project led by Nanshan Zhong – the epidemiologist who is credited with discovering the SARS coronavirus in 2003 and is advising on the management of the COVID-19 outbreak – aims to investigate the effects of Lianhua Qingwen (a Chinese patent herbal drug) on COVID-19.

The complicated secondary metabolism of plants has been the source of countless medicinal compounds and leads for drug discovery. It is little surprise then that plant products and their analogues have been employed as an early line of defence against COVID-19. The rich tradition of herbal medicine in China is also being deployed against COVID-19.

Like chloroquine phosphate, as further noted by the Natureresearchjournal, these herbal medicines are generally not highly potent and thus cannot be regarded as a cure, but readily available herbal medicines and natural products with proven safety can buy time as a first line of defence.

Quinine considerably potentiates the effective management of COVID-19 as of current findings. And as needs arise for safety from the ravaging and sporadic disease, medicinal plants possess the chemical compounds that have at least discovered for the management of the disease outbreak. Medicinal plants rich in quinine is widely distributed across the regions in Nigeria. There are six geopolitical zones in the country and plants characteristic of quinine alkaloid obtainable in Nigeria and across its geopolitical zones are presented as follows:

Chemical composition: Sphenocentrumjollyanum Pierre (family Menispermaceae) is a medicinal plant traditionally known as “Akerejupon” in Southwest Nigeria, and commonly used in managing several ailments due to its various biological activities. It contains Columbin and fibleucin that belongs to Alkaloidal group.

Chemical composition: Rauvolfia vomitoria (Apocynaceae) is recognised for its many therapeutic effects, especially in the treatment of diarrhea, malaria, hypertension, and male infertility. It contains isoajmaline and reserpinine of the quinine group of alkaloids.

Chemical composition: Enantia chlorantia is used in conditions such as fever, cough and, typhoid fever. It has also been revealed that the plant possesses antipyretic as well as antimalarial activities. It contains jatrorrhizine

Chemical composition:  Nauclealatifolia roots decoction is one of such herbal preparations that have been used traditionally for treating different disease conditions. Medicinal uses vary from one traditional setting to another, its traditional uses include: fever, pain, dental caries, septic mouth, malaria, dysentery, diarrhea, and diseases of the central nervous system such as epilepsy. It contains nauclefolinine

Chemical composition: C. aurantifolia in its natural state is widely used in West Africa, particularly in Nigeria where it is employed in herbal medicine to treat several illnesses. It forms an essential ingredient in the preparation of most herbal concoctions. Different parts of the tree have been used traditionally to cure various illnesses. It contains Synephrine alkaloid of the quinine group.

Chemical composition: Citrus aurantium is used in herbal medicine as a stimulant and appetite suppressant. It has also been used in traditional Chinese medicine to treat nausea, indigestion, and constipation, cancer, cardiovascular effect, sedative. It contains synephrine alkaloid.

Chemical composition: is extensively used for many purposes in folk medicine of some African countries like Cameroon, Nigeria, Ghana or Madagascar. It exhibits an important range of pharmacological activities. It contains harunganin alkaloid.

Chemical composition: Khaya senegalensis (Astraceae) is a popular plant used for its antimalarial properties. In northern Nigeria, it is known as Madachi and is the African mahogany tree. This plant has been used as traditional medicine for several diseases such as pain, inflammation and malaria. It contains Limonoids.

Chemical composition: Lecaniodiscuscupanioides is a tropical plant that belongs to the Sapindaceae family and is ethno-medically reputed to be useful in the treatment of wounds and sores, abdominal swelling caused by liver abscess, fevers, and measles among others. It contains tripenoid.

Chemical composition: Neem is a member of the Meliaceae family and its role as health promoting effect is attributed because of its richness in antioxidant. The main alkaloid component is azadirachtin while others are nimbin and nimbolinin.

Chemical composition: Alstoniaboonei is used for various medicinal purposes and has been listen in African Pharmacopoeia as an antimalarial drug. It is used in Nigeria for the treatment of malaria and other ailments such as fever, insomnia, chronic diarrhea and rheumatic pains. It contains alkaloid such as Insulopinine.

Chemical composition: Lagenariabreviflora is engaged in several ethnomedicinal uses. It has been widely used in folklore medicine in West Africa as herbal remedy for the treatment for measles, digestive disorders, and as wound antiseptic. The fruit pod is often placed in homes during epidemic according to indigenous knowledge to prevent sporadic diseases. It contains alkaloid.

FRIN is the home of nature, because of its presence in all ecological zones in Nigeria. Indigenous knowledge systems still boast of quality health measures against dreadful diseases as it finds its basis from natural remedies relied upon from ages without negative impact. It is very necessary to shield and prevent the global population from current and future pandemics by investing in research into Forestry, Phytomedicine, Ethnobotany, and Ecology.