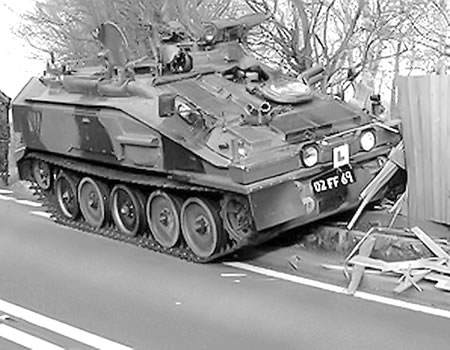 ONE of the greatest disincentives to military coups in Nigeria is the liberalisation of the broadcast media. If you seize a radio station in Kaduna to announce a coup, another officer will seize a television or radio station in Kano, Lagos, Enugu, Ibadan or Rivers,  to counter the coup. If you attempt a military putsch through an announcement on air in Owerri, someone else will make a counter announcement on radio or television in Abuja, Ebonyi, Jos, Ekiti or Bayelsa. It is no longer easy to plan a successful coup in Nigeria.

And to detect coup attempts is now so easy. Unlike the 60s to 90s when telecommunication lines can be cut in order to restrict access to information, as you mention your illegal attempt in one barracks, before you take two steps, the information has reached another barracks. So, how do you conceal a coup attempt in the era of GSM, Watsapp, Twitter, indeed all agents of instant communication? And coup is an offence against your country, a high treason. The experiences of men of the Armed Forces in the coup years of the 60s to 90s have nearly destroyed esprit de corps. And so, how do you expect Igbo, Yoruba or Ijaw soldiers to obey orders from a Hausa officer to overthrow an elected government? In the same vein, Hausa soldiers will not obey illegal orders from Yoruba, Igbo or Ijaw to sack a civil government, no matter how good or bad the elected government is.

Drawing from the benefit of hindsight, Nigerians will prefer a devil in civilian dress to a saint in an army uniform. It was military rule that brought the country to its knees. Indeed, while the civilians in the 60s allegedly stole in secret, the military governments looted the country dry, and openly. This country has not recovered from the pains of military rule and may not fully recover from the depredations foisted on the nation via  coup d’etats in the next 50 years because it is easier to destroy than to build. For instance, the regular assault on civilians by some soldiers is a hangover from the military rule. In developed climes, soldiers accord civilians regard and utmost respect to all constituted civil authorities.

Finally, a military coup in the present day Nigeria will only lead to civil war and disintegration of the country. With Boko Haram, MASSOP, IPOD, OPC, MEND, NDA, etc, no soldier will dare to attempt an illegal occupation of Aso Rock and Government Houses across Nigeria. There is so much inter and cross ethnic suspicion in the country such that any officer illegally occupying power will be viewed as that tribe trying to achieve by the barrels of gun what it could not achieve through the ballox box. No section will be able to lay claim to monopoly of violence. Civil war will be the consequence.

Good or bad civilian government , the era of military regime  is over in Nigeria.  The military is not the watchdog of our democracy and should not constitute itself into one. That role has been handed to the press by the constitution. The military is not an alternative government, not being a political party. The teachers are carrying out their lawful duties in the classrooms, the doctors and nurses are fulfilling their constitutional mandates in the hospitals, with the farmers in the farms. So should the members of the Armed Forces fulfil their lawful duties of defending the country against external aggression and internal insurrection as permitted by the constitution and the Armed Forces Act in their barracks. This is the right and proper way to build a nation that we all can be proud of. The military cannot claim to be more important than teachers. Neither can doctors claim superiority over the police. Let every one and every institution fulfil its constitutional mandate.

If one political party in power is not doing well, then let another political party replace it at the next general election. That is the prescription in all civilised societies.  Our country can only develop when all hands are on deck to deepen the current civil rule.

Re: Governor Ajimobi must see this

The Nigerian condition: Perspectives from a Nigerian philosopher