Council of Ulamas disburses N2.5m as Zakat to 63 people in Kogi 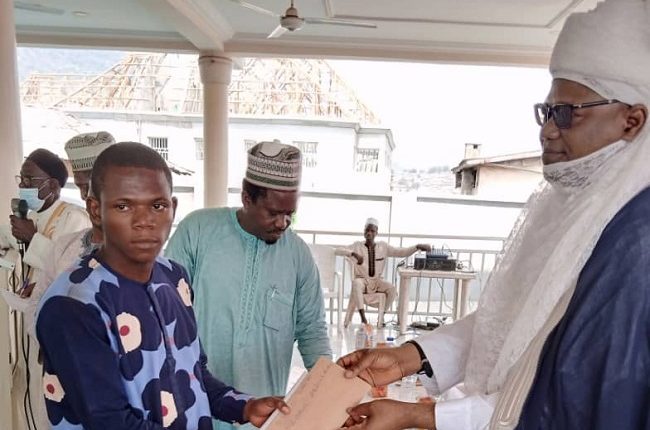 The Kogi State chapter of the Council of Ulamas of Nigeria has disbursed N2.5 million as Zakat to 63 needy persons in all the 21 local government councils in the state.

Alhaji Tanko Talle who is the Secretary, Zakat and Endowment Committee of the Council disclosed this while handing over money to the beneficiaries in Lokoka.
He charged them to make the best use of the money as he explained that the 63 beneficiaries, comprising 32 women and 31 men, were picked from across the 21 local governments in the state, saying that each of them received N40, 000.
The secretary explained that the beneficiaries were adjudged as indigent by the committee, including widows, thus qualified to receive Zakat, saying that the disbursement was the first of its kind by the council.
In a lecture on the importance of Zakat, Justice Musa Ohu, enjoined Muslims to always pay their Zakat regularly, stressing that as the third pillar of Islam, Zakat was meant to ensure a fair and just distribution of wealth among Muslims.
Also speaking, the Chairman of the occasion, Capt. Idris Wada urged Muslims to cultivate the habit of giving, as enjoined on them by the Holy Quran.
Wada, who was represented by Alhaji Rajab Noibi, said that payment of Zakat, being the third pillar of Islam was compulsory for all Muslims, including salary earners.
Responding on behalf of the beneficiaries, Mrs Hajara Yahaya, thanked the council for coming to their aid, saying that the money came at the right time.

The British Parliament at the Westminster Hall held a debate on ‘e-petition 554150, relating to Nigeria and the sanctions regime’ on Monday. The government of the United Kingdom has however responded…Council of Ulamas disburses