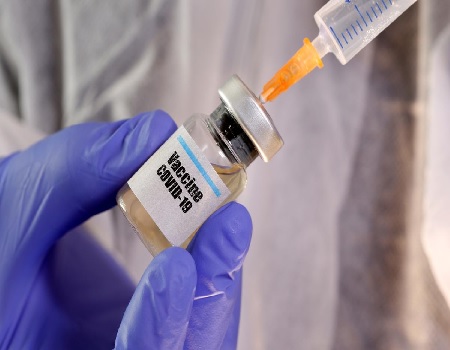 Delivering doses directly to the lungs might give a better immune response than conventional jabs, they say.

The Imperial College London team will use two frontrunners already in development – the Oxford one recently paused in trials and one from Imperial that entered human testing in June.

There are nearly 180 candidates being explored globally but none has yet reached the end goal.

About 30 healthy volunteers will be given the vaccines as a mist or aerosol – in the same way, asthma drugs are delivered with a nebuliser machine and a mask or mouthpiece.

The seasonal flu jab can also be given as a nasal spray rather than an injection.

Lead researcher Dr Chris Chiu said: “The current pandemic is caused by a respiratory virus which primarily infects people through the cells lining the nose, throat and lungs.

“These surfaces are specialised and produce a different immune response to the rest of the body.

“So it is critical we explore whether targeting the airways directly can provide an effective response compared to a vaccine injected into muscle.”

Prof Robin Shattock, research lead on the Imperial vaccine, said: “A number of groups around the world are currently working on clinical trials for COVID-19 vaccines.

“And these will tell us whether these candidates can produce a systemic immune response against the virus.

“However, these trials are unlikely to tell us anything about the localised response in the nose, throat and airways – where the virus primarily attacks and invades cells.

“It may well be that one group has the right vaccine but the wrong delivery method.

“And only trials such as this will be able to tell us that.”