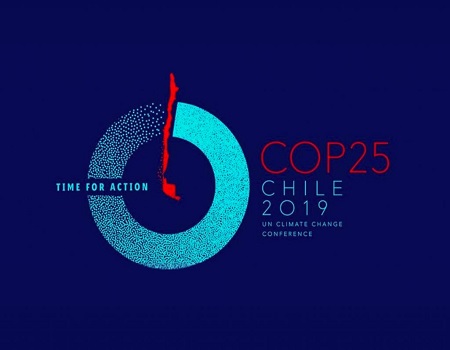 The refusal of the United States and rich countries of the global north to advance negotiations on loss and damage and their insistence on pushing ahead with carbon markets are clear indications that they are not set to address the climate crisis, civil society from Africa have alleged.

In a statement, the Health of Mother Earth Foundation (HOMEF) and the Environmental Rights Action said COP25 has been no different from previous COPs and went further to add that the promoters of fossil fuels ensured that voices of the oppressed people represented by civil society were thrown out of the venue on Wednesday, December 11.

Executive Director of HOMEF, Nnimmo Bassey said: “It is very disheartening that all through the negotiations climate politicians from the global North were churning out new seductive words to obscure intentions and focused their energies on avoiding actions and responsibility while the Africa delegates were acting confused”

“With the acceptance of carbon offsetting and similar notions promoted by the US and the rich nations, the burden of climate action is being forced on the victims without any regard for historical responsibilities, without regard for justice. This posture rides on the same track as slavery, colonialism, neocolonialism and their cousin, neo-liberalism.”

ALSO READ: We generated over N45bn from stamp duties ― NIPOST

Head, Media & Campaigns of ERA, Philip said: “All through the negotiations, we saw the footprints of Big Polluters. From their sponsorships to their back to back meetings to promote markets. Unfortunately, delegates from Africa who constituted the largest delegations were busy in their confusion and doing nothing to advance real solutions demanded by their people.

“As gloomy as the situation is, we will continue raising our voices until they wake up from their slumber, hear us and take action.”

Both organisations say the real solution to the climate crisis are in the non-market mechanisms embedded in Article 6. 8 of the Paris Agreement which includes adaptation, mitigation, finance and technology transfer.

In a similar vein, Friends of the Earth International said that COP25 should also have delivered urgent support, including finance, for Southern countries already suffering loss and damage from climate breakdown – due to floods, forest fires, droughts, rising seas. Instead, the response of Northern countries and elites everywhere is to sacrifice the global majority: the lives and livelihoods of the many to pay for the lifestyles of the few.

FoEI Chair, Karin Nansen from Uruguay, commented: “The ‘ambition’ claimed by developed country governments is a false ambition. They are serving the interests of the corporations aiming to make profits out of the crisis and secure capital accumulation. But peoples – from Madrid to Santiago and around the world – are rising up and will continue to fight for environmental, social, gender and economic justice and system change. We will continue to demand that governments be accountable to their people and not to corporate polluters.”

Sara Shaw, FOEI Climate Justice and Energy Programme Coordinator said: “Just as we thought the slow pace and weak ambition shown at the climate talks couldn’t get worse, along comes COP25. Here, we have witnessed the gutting of the already weak Paris

The agreement, with the advance of dodgy carbon trading that will only exacerbate the climate crisis and harm Southern communities. We have seen a refusal by developed countries to pay up for the loss and damage finance, while they try to block any language that would make them liable for the impacts their emissions have caused. We are furious that while so many are already suffering the impacts of climate change, corporations and rich country governments are working to destroy any hope of keeping global temperature rise below 1.5 degrees. And when we stood up in peaceful protest at COP25, we were aggressively suppressed.”

Sriram Madhusoodanan, climate campaign director of Corporate Accountability said: “The US is lighting the house on fire on its way out of the door and global North countries in the EU, Canada and Australia are backing it every step of the way. It is not too late for these countries to countries to stop backing the US. Developing nations must unite as a bloc to reject a bad deal on Article 6 and pave the way for real solutions”

The groups insisted that big polluters who are really set to gain from market mechanisms, like Shell, Chevron and BP, have been out in force at COP25. Carbon markets will allow big polluters to wash themselves green while continuing business as usual for decades to come, sacrificing vulnerable communities on the way.

Environmentalists mull legal suit against FG over soot in Rivers