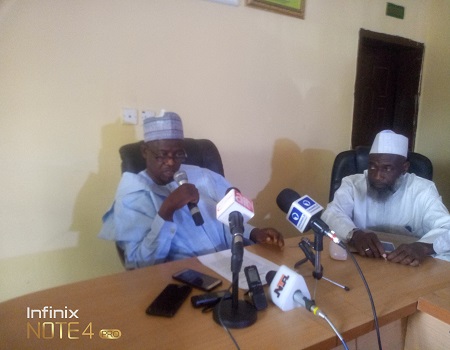 BARELY 24 hours to the resumption of collation of gubernatorial election results from Tafawa-Balewa LGA earlier declared inconclusive, a political pressure group, Concern Citizens of Tafawa-Balewa LGA have called on INEC to jettison the move and rather revert to the earlier decision to have a rerun election in the area.

The group stated that the decision is, “ultra-vires, contrary to the law and therefore illegal, null and void having regards to the provision of the Electoral Act 2010 (as amended) and INEC guidelines for the 2019 general elections.”

It added that “it is a common knowledge that INEC has no power to reverse any decision taken by a Returning Officer concerning any Election Results at the collation centre. The law provides that such a decision can only be reversed by a court of law or tribunal and not by the Commission for whatever reason. The governorship Returning officer for Bauchi state has earlier cancelled the results of Tafawa-Balewa LGA for apparent irregularities which remain unresolved till date, yet INEC has reversed that decision with intent to proceed with the collation of the disputed results of Tafawa-Balewa.”

The group further alleged that “the purported result sought to be collated by INEC at Tafawa-Balewa LGA on Tuesday, 19th March 2019 were generated from unknown sources after the original results were carted away by unknown thugs. The issue here is that there is no certainty on the genuineness of the allegedly generated results. Thus, we have lost confidence in INEC as it is apparent there would be no justice in the whole exercise.”

Another area the group expressed disagreement and lack of confidence in INEC is the that the Commission has taken sides with the opposition party, PDP because according to it, “the latest decision of INEC to reverse itself was earlier preempted and widely circulated by the PDP through different medium on Thursday, 14th March 2019 before the press release of 15th March, 20019 signed by Festus Okoye. This clearly established the link between PDP and INEC concerning the 2019 election as it affects Bauchi State.”

It concluded that it rejects in totality the INEC decision in reversing itself on the result of Tafawa-Balewa LGA as contained in the press release dated 15th March and signed by Festus Okoye adding that, “we have lost confidence in INEC for being biased and having interest in the governorship election of Bauchi State. We call on INEC to withdraw the Press release of 15th March 2019 on Tafawa-Balewa LGA.”