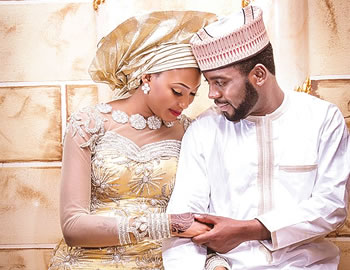 MANY marriages collapse these days because the foundations were not based on the fear of Allah, a cleric, Ustaz Sa’eed AbdurRauf, has said.

He stated this in Ibadan at a public lecture organised by the Oyo district of The Criterion, an association of Muslim women in business and the professions.

The scholar listed factors responsible for the collapse of marriages to include finance and lack of romance.

“When the husband is unable to provide for his home because he is financially incapable, this creates a lot of problems at home and it becomes worse if the woman is the one providing for the home.

“In the Muslim circle, there is another one that has to do with polygamy. I think it is high time that women tried to make their peace with polygamy. A man is a polygamous animal. There is nothing we can do about it.

“Another problem is the issue of romance. Some believe that when a woman is growing old, she should be deprived of romance. That is wrong. As Muslims, we must realise that from the commencement of the marriage until such a time when either of the couple dies, romance should be exciting,” he said.

Earlier, the Amirah of The Criterion, Alhaja Falilat Olatunji, said the lecture was organised to fashion ways to ensure survival of marriages, stressing that misunderstandings are a natural phenomenon which should not degenerate into separation of couples.

“At The Criterion, we put premium on passion in the family, being a strong unit in the society, because what comes out of it will affect the larger society,” Olatunji said.

“The target is to make home a perfect or near perfect one so that what comes out of such relationship will be based on love, harmony and service to Allah. We are tired of collapsed marriages all because of little misunderstandings,” Olatunji said.

Members of the men wing of the association, The Companion, led by their Amir, Alhaji Abdulwaheed Raji, attended the lecture.

The theme of the lecture was ‘Resolving the Challenges of Modern-day Muslim Marriages’.

‘Greater Lagos Regatta and Festival’ set to hold in April