by Tribune Online
in Opinions
Reading Time: 5 mins read
A A 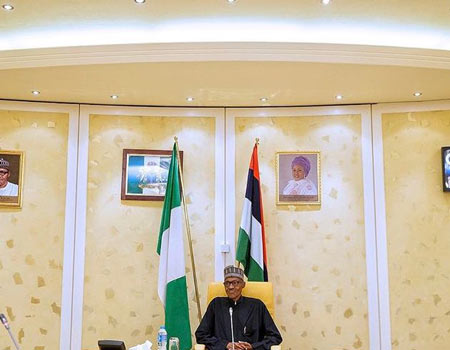 The victory of General Muhammadu Buhari at the polls raised the hope of many Nigerians of a better deal and good fortune for the country and its over 180 million people. To the majority, Buhari’s election was the key needed for the reopening of the coven of progressive development for the country.

The testimony of assurance was also raised immediately after Buhari was installed Nigeria’s president on Thursday, May 29, 2015 at the Eagles Square, Abuja, when some doves were released into the air, signifying the fresh dawn of a brand new day and the doves soared into the cloudless skyline of the nation’s capital. The soaring seems to be apt with the expectations of millions of Nigerians, men and women that had eagerly awaited a diametric change in their lives and that of their country, as vigorously pledged during the campaign by the newly-empowered All Progressives Congress (APC).

And, as it is two years down the line, one is not quick to ask or feel the temperature of the people of Nigeria on how has the nation fared? It is, indeed, not out of tune to do an assessment of the promises, the hopes, the expectations and the fulfillments.

Honestly, fate seems not to favour the Buhari government at inception because of the two major issues which bedeviled the administration: the erratic militant activities in the Niger Delta with the blowing off of oil pipelines which led to a drastic reduction of crude oil export and the maverick fall of Naira at the international market. Thus, in the past few months, the nation’s economy has been in the doldrums. The Naira, Nigeria’s currency, has suffered unprecedented whipping in the hands of the world’s major currencies.

Yet, it hasn’t been a bed filled with only thorns and thistles. While some Nigerians criticise the government for dilly-dallying on some issues affecting the country, others are eulogising the Buhari administration for its pragmatic tackling of some critical national issues. Right now, the state of the nation’s economy seems to be the major issue troubling the minds of many.

“As the recession bites, inflation rises. Prices of essential items have continued to increase, even as many companies have not relented in laying-off their staff. But then, all hope isn’t lost. Some interventions by the government seem to be steadily navigating the nation from the recession path,” an economist, Dr Martin Alaba, noted.

Also it is gathered that the agriculture and solid minerals sectors haven’t fared too badly, in spite of the recession. For instance, agriculture recorded a 4.11 per cent increase in 2016, while solid minerals grew by 7 per cent increase. The contribution of the Ministry of Solid Minerals to the Federation Account tripled to about N2 billion in 2016, up from N700m in 2015, it was learnt.

But some Nigerians insist that the government hasn’t adequately employed solid minerals to address the country’s economic challenges, as promised by the Federal Government. Hassan Adamu is one such Nigerian. “By this time, you would have expected that solid minerals would have become one of our major revenue sources. But what do we still have? Illegal miners, especially foreigners, setting the pace in the solid minerals sector”, he said.

Minister of Mines and Steel Development, Dr Kayode Fayemi, said the Federal Government was partnering the states to tackle illegal mining in the country. But National President of Miners Association of Nigeria, AlhajiSani Shehu, said the government must employ the security agencies, especially the Nigeria Security and Civil Defence Corps (NSCDC), to protect mining sites against illegal miners.

One of the reasons adduced for the hardship in the country was the sudden drop in the price of crude oil in the international market. It was however learnt that, in spite of the low revenue accruing to the country at the moment, the country has continued to fill up its reserves.

Special Adviser to President Buhari on Media and Publicity, Femi Adesina said: “Even at a time of low oil prices and by implication low government revenues, Nigeria’s external reserves have grown by US$7 billion since October 2016. The Sovereign Wealth Fund (SWF) has seen inflows of US$500m in 2016 and 2017, the first since the original US$1bn with which the Fund kicked off in 2012 and the Excess Crude Account (ECA) has seen an inflow of US$87m in 2017.”

It was also gathered that the Anchor Borrowers Programme (ABP), an initiative of the Central Bank of Nigeria (CBN), ensured, among others, an improvement in the local production of grains. The productive agricultural collaboration between Lagos and Kebbi states (which produced the Lake Rice), it was gathered, was a product of the ABP. Nigeria’s rice imports fell from 580,000 MT in 2015 to 58,000MT in 2016, it was learnt. Besides, the Presidential Fertilizer Initiative has also been of much benefit to farmers, it was gathered.

But there are insinuations in some quarters that the benefits of the initiative are not evenly spread across the country. “Rich farmers still seem to benefit more from these fertilizer subsidies,” lament Prince Afam, adding, “The rural farmers are afflicted by poverty. There is no change in their lives. Government must devise a process whereby the rural farmers will benefit from these initiatives.”

The government has also been addressing the Niger Delta Question. A series of interactions with stakeholders in the region, mostly led by the Acting President, Professor Yemi Osinbajo, has ensured the cessation of incessant bombings of oil pipelines.

The Federal Government is also relentlessly pursuing its anti-corruption fight, among others, just as its whistle-blowing policy is said to be yielding positive results. But many Nigerians are saying the government should ensure a holistic approach to the anti-corruption fight, urging the Buhari administration to also prosecute serving government officials that have been accused of engaging in corrupt practices.

However, it is certain and clear as well that the harsh economic era is gradually ebbing, due to the well thought-out policies of President Muhammadu Buhari. Nigerians should not be complacent as the days of bloom are here again.

Ojo Lanre is on the staff of the Nigerian Tribune.

From awareness creation to victory in eight months

My Second Epistle to Christians: Are you on the Lord’s side?