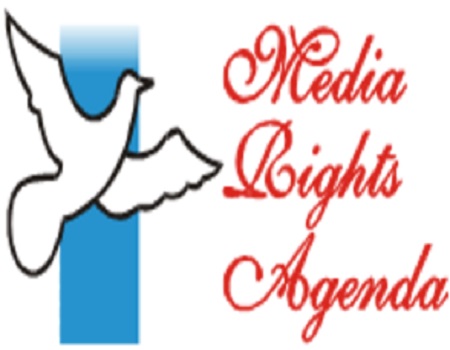 A non-governmental organisation, Media Rights Agenda (MRA) on Thursday in Lagos called on President Muhammadu Buhari to sign into law, the Digital Rights and Freedom Bill, saying doing so would be a major legacy of his administration.

The group made the call in a statement signed by its Executive Director, Mr Edetaen Ojo, and made available to newsmen, saying millions of Nigerians would benefit from the law years to come.

According to him, the speedy ascent of the president to the Bill, which the National Assembly had passed to him on February 5, 2019, for signing would confirm his administration’s support for internet freedom for Nigerians.

While praising both the Senate and House of Representatives for what he called their swift consideration and passage of the bill, Ojo described the proposed law as “a strong piece of legislation that conforms strongly to global norms and standards and would effectively protect the rights of Nigerians on the Internet and in the digital environment as they are being protected offline.”

He explained that the National Assembly had been done with the bill since March 13, 2018, but got delayed in onward transmission to the president because of what he called clerical error in the version passed and now corrected.

He noted that the bill provides a comprehensive framework for the advancement, protection and enjoyment of human rights on the internet and in the digital environment, consistent with Nigeria’s regional and international obligations under various international human rights instruments, some of which Nigeria has led in bringing into being by co-sponsoring.

MRA boss reminded the president that: “Nigeria played a leading role on the global stage in 2012 when it led in co-sponsoring the landmark resolution on the Promotion, Protection and Enjoyment of Human Rights on the Internet at the UN Human Rights Council in Geneva, alongside Sweden, the United States, Brazil, Turkey and Tunisia, wherein it was affirmed that “the same rights that people have offline must also be protected online, in particular, freedom of expression, which is applicable regardless of frontiers and through any media of one’s choice.”

He pointed out that the resolution brought Nigeria tremendous respect and acclaim from around the world and therefore urged the president to sign the bill “in keeping with the groundbreaking direction and guidance which this resolution provided to the global community on human rights online.”