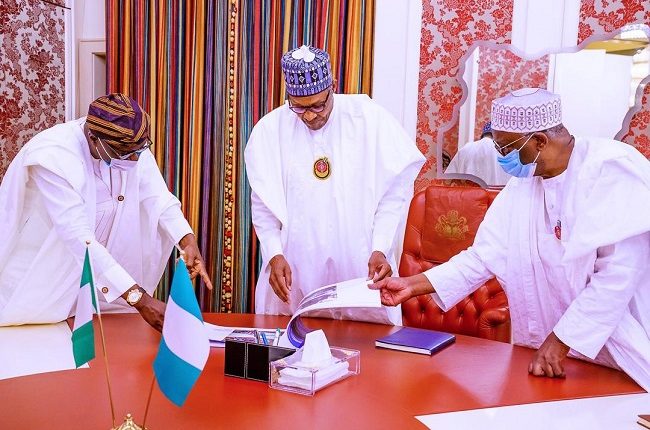 President Muhammadu Buhari on Friday met with Gov. Babajide Sanwo-Olu of Lagos State behind closed doors where he received pictorial reports on properties damaged by hoodlums during #EndSARS protests in the state.

The News Agency of Nigeria (NAN) reports that Mr Sunday Aghaeze, the Personal Assistant to the President (Photography), confirmed this via pictorial reports on the meeting.

“The governor presented a report on the extent of the destruction suffered by Lagos State in the aftermath of the #EndSARS protests,” one of the captions of the pictures indicated.

NAN reports that the governor, however, declined to take questions from State House Correspondents at the end of the meeting.

It would be recalled that similar report on the aftermath of the ENDSAR protest by the Ministers from the south-west zone of the country was presented to the president during the Federal Executive Council on Wednesday.

The Minister of Works and Housing, Babatunde Fashola, submitted the report on behalf of the affected ministers where they urged the Federal Government to support Lagos State to restore damaged facilities.

They particularly appealed for the immediate repair of those facilities related to the maintenance of law and order, and the administration of justice such as police stations, court buildings and forensic laboratory in the state.

Buhari had on October 21 sent members of the Federal Executive Council to their home states, with a view to soliciting the support of stakeholders including political, traditional, religious and community leaders against the violence that emanated from EndSARS protests. 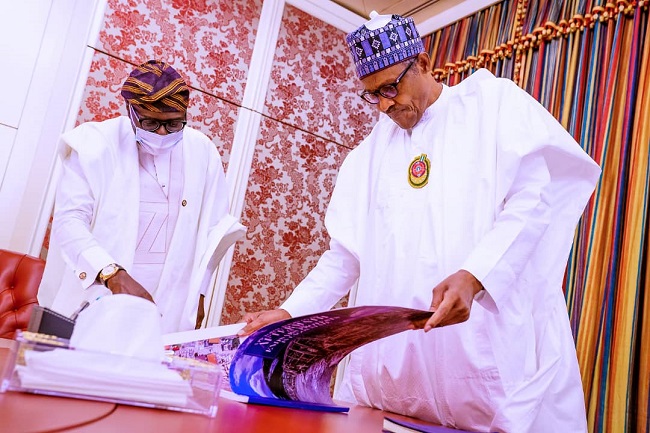 The presidential directive was also meant to douse tensions that resulted from the EndSARS protests across the country.

Fashola said: “The other matter in which I briefed the council on behalf of ministers from the South-West namely, Otunba Niyi Adebayo, representing Ekiti; Rauf Aregbesola, representing Osun, Sunday Dare, representing Oyo, Olamilekan Adegbite, representing Ogun, Olorunimbe Memora, Lagos and Tayo Alasoadura, representing Ondo, was in regard to how we executed the directive on the Oct. 21 to ministers, for us to visit our states’ governors.

“So, we first met and then met with governors. After meeting with the governors, the position of the governors was that Lagos being the epic centre, a commercial and strategic city-state in the South-West is where we should all go.

“That was what informed our visit to Lagos. So, I just briefed council about the reports that were presented to us by the Lagos State Government when we visited.’’ (NAN)

Controversial Catholic priest and Spiritual Director of Adoration Ministry, Enugu, Nigeria, (AMEN), Rev Fr Ejike Mbaka, has taken a swipe at President Muhammadu Buhari and past leaders of the country demanding that the President should apologize to the country, especially the youths, on behalf of himself and his predecessors, for causing Nigerians so much pain…Buhari receives pictorial reports  Buhari receives pictorial reports

THE crème de la crème converged on Kaduna on Saturday for an epochal 50th anniversary of Arewa House, otherwise referred to as the Centre for Historical Documentation and Research. Apart from the stimulating lecture delivered by the chairman of the Nigeria Governors’ Forum (NGF) and Ekiti State Governor, Dr Kayode Fayemi, the occasion brought together a galaxy of politicians of different affiliations, academics, former top military brass and foremost traditional rulers from the entire 19 states making up the northern axis of the country…Buhari receives pictorial reports