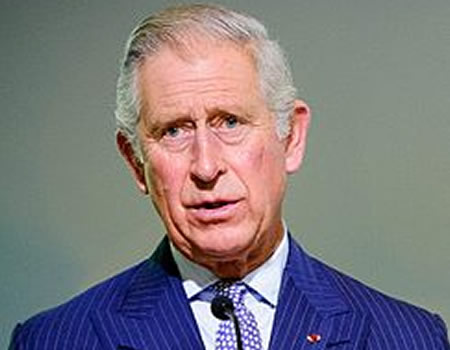 President Muhammadu Buhari joined other leaders of Commonwealth to confirm Prince Charles,  Prince of Wales, as the new head of the group in deference to the request by his mother, Queen Elizabeth II, for him to be considered for the post.

His adoption was part of the outcome of the Commonwealth Heads of Government Meeting (CHOGM) which ended in London on Friday.

The leaders recognized the role of the Queen in championing the Commonwealth and its peoples and announced that “the next Head of the Commonwealth shall be His Royal Highness Prince Charles, The Prince of Wales.”

The 92 year Queen in her statement to the leaders had pleaded for her son to be allowed to succeed her as the head.


She had said: “It is my sincere wish that the Commonwealth will continue to offer stability and continuity for future generations, and will decide that one day, the Prince of Wales should carry on the important work started by my father in 1949.

“By continuing to treasure and reinvigorate our associations and activities, I believe we will secure a safer, more prosperous and sustainable world for those who follow us: a world where the Commonwealth’s generosity of spirit can bring its gentle touch of healing and hope to all.”

They also noted that the Commonwealth brings a unique perspective to the present century’s challenges, pointing out that they speak for a diverse range of countries from some of the smallest to some of the largest nations on earth; for the most vulnerable, as well as countries at various levels of development.

“We can speak for six continents. Our consensus-based approach flows from our belief in the equality of all nations,” the Commonwealth leaders maintained.

In a nine-point communique issued at the end of the meeting, CHOGM  set out the specific commitments they had made collectively to deal with several challenges.

These include, strengthening democratic institutions and building peace; promoting gender equality and inclusion; action on climate change oceans; sustainable use of resources; commitment to the Chemical Weapons and Convention; preventing and countering violent extremism and human trafficking We recognise the threat of climate change in the world but in particular the existential threat to Small Island Developing States (SIDs).

The leaders also recognized the need for a paradigm shift to urgently facilitate pre and post resilience building.

The leaders further observed in their statement that the “Commonwealth is a global network and it is more than any of constituent parts. It is the combination of its member countries, the Commonwealth Secretariat, its associated organisations, and its many people to people networks, with Her Majesty The Queen as its Head. We have over the last two days heard from businesses, civil society and women from across the Commonwealth.

“We have also listened most attentively to the young people of the Commonwealth. We were impressed and persuaded by the confidence and wisdom of our future leaders and we recognise that for the Commonwealth to remain relevant we as Leaders need to ensure that our decisions take into account the needs and aspirations of young people

“We are committed to a stronger Commonwealth Secretariat, including through sustainable financing.

“At Windsor we discussed our vision for the Commonwealth in We have pledged to work together to foster a fairer, more secure, more sustainable and more prosperous future to the benefit of all Commonwealth citizens.

“And we will work together and support each other towards a common future. United Kingdom 20 April 2018.”

The next CHOGM will be hosted by Rwanda in 2020.