Buhari not fighting any corruption —Adegboruwa 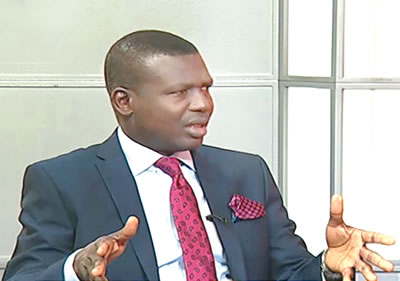 AYOMIDE OWONIBI spoke with Ebun-Olu Adegboruwa, who is a Lagos-based human rights lawyer, on the war against graft. Excerpts:

WHAT is your view on the anti-corruption war of President Muhammadu Buhari?

I believe that the so-called anti-corruption war was a hidden agenda deployed by the All Progressives Congress (APC) to bury itself into the mind of Nigerians for the purpose of gathering votes. It was such that, because of the level of poverty that had prevailed in the country, they capitalised on the trust of Nigerians, promising to recover looted funds. But sadly, since the government was inaugurated in May 2015, the anti- corruption fight has been more of persecution targeted at the opposition [figures] and also critics of the ruling party. People have been arrested who have no relationship with any criminal matter at all, just for the purpose of intimidating them.

Do you think the president is shielding corrupt people?

What is your take on the acting EFCC chairman, Ibrahim Magu and the allegations levelled against him?

With all these, I believe that this government lacks what it takes to fight corruption war. I believe so because an anti-corruption war ought to have no face. It should not discriminate against politicians, public officers. Once this administration is not capable of looking its members in the eye who are accused of corruption, then that anti-corruption war becomes a hypocrisy, that is not being fought genuinely with a vision to stamp it.

So, you are saying the anti-corruption war is not genuine?

Another reason why this anti- corruption war is just a fluke is that since the inauguration of this government, nothing has been done to assess the major organisations saddled with fighting the war against corruption. For example, the planto recruit just 10,000 policemen has been mired in controversy. Nothing has been done to improve agencies like EFCC, ICPC and even the judiciary. Nothing has been done to transform the court to an institution that can handle cases within a specific period of time. That is why you see that of all the people that have been charged to court, no single person has been convicted. The new cases have to take their turns and compete with old cases that are there. That’s why you see that these cases take years to come to a reasonable conclusion. I believe that anybody that wants to fight corruption should not just do so in the media.

I sympathise with the president because twice now the budget that he presented before the National Assembly has been padded right under his nose. I strongly believe that the president is not fighting any war against corruption.

From Obasanjo to Jonathan: How former presidents handled corruption within govts

North-Central is a stronghold of Labour Party —Dakum, gubernatorial candidate

It is irrelevant whether the next Alaafin has a father or not —Chief Ogunmola, Otun…

‘Women serve as strong tools and resources in nation-building’