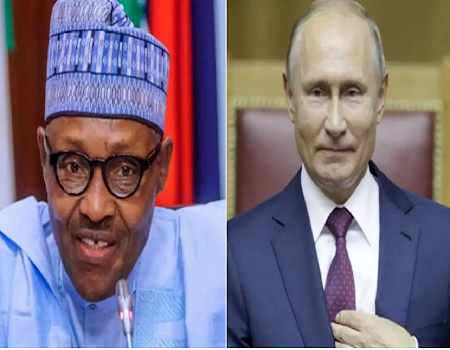 THE Federal Government, on Monday, told the Russian investors that President Muhammadu Buhari has demonstrated a strong resolve to diversify the nation’s economy through the mining sector.

Minister of Mines and Steel Development, Architect Olamilekan Adegbite stated this during an interactive session with Russian investors in Sochi Russia at a pre-summit meeting preceding the three-day Russia-Africa Summit.

He intimated the investors that Nigeria was a prime destination for mining activity in the continent, and assured them that the nation had several stocks of minerals that could kick start a boom in the mining industry.

According to him, ‘’ my ministry’s policy thrust is to carry out Mr President’s mandate, creating value chain in the mining sector that would ultimately benefit the citizens. We want to assure our prospective investors that all our reforms shall be steeped in global best practices.’’

Architect Adegbite, according to a statement endorsed by his Special Assistant on Media, Mr Ayodeji Adeyemi, and made available to newsmen in Abuja, praised President Buhari for his unrelenting drive to attract foreign investment into the mining sector.

The minister told the investors that the president was at the forefront of diversifying the economy away from oil.

“No other president has shown so much resolve to diversify the economy and to attract foreign investment into other sectors of the economy.” He affirmed.