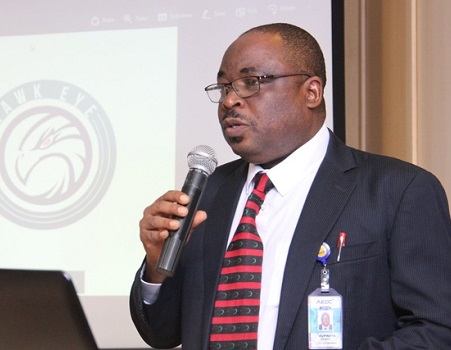 THE Abuja Electricity Distribution Company (AEDC) has partnered the Green Village Electricity (GVE) and Wuse market authorities to develop a mini-grid power solution to the market.

This initiative, according to the AEDC, will provide uninterrupted power to over 2,000 customers of the market.

Speaking at the signing of a Tripartite agreement in Abuja, AEDC Managing Director(MD) Mr Ernest Mupwaya explained that the supply would include energy mix which are the grid, battery and solar power.

With this, he said the electricity demand of the market in terms of quality would be met.

“We are mixing grid power, battery and solar power so the capacity will be sufficient to meet the customer’s demand.

“The developer is going to install a solar system with batteries, the result is that Wuse market will start experiencing 24/7 supply at the end of completion and it is going to take between three to four months before completion,” he said.

He noted that the solution is the first interconnected mini grid in the country saying this is in line with the Sustainable Development Goal of achieving electricity for all by 2030.

” This kind of project is typical in developing countries, we have a grid where you are serving the customers very well and you have peripheral areas where you are underserving them because you need to improve on the infrastructure and investment.

“There are many markets this could be replicated, there are also industrial sites like the Idu where we can have a different configuration so that the industrial area can thrive. In terms of electricity access, technology has evolved to a level where we must augment with different opportunities in other to reach 24/7 supply waiting for grid power improvement may take a while but taking advantage of these technologies and in some areas, we have started getting 20/24/7,” he said.

An interconnected mini-grid is a power system that receives electricity from both the national grid and an off-grid source for onward power supply to users.

The AEDC further explained that his firm partnered the Rural Electrification Agency of the Federal Government to conduct an energy audit of the market.

Mupwaya said, “Following the completion of the audit, the interconnected mini-grid model is currently being developed as a pilot with a developer, Green Village Electricity Projects Limited.

“A total of 341 other sites and several clusters have been profiled for a scale-up of deployments. The solution will be developed through three hybrid PV solar systems of 450kWp, 350kWp and 200kWp to serve three distinct segments of the market.”