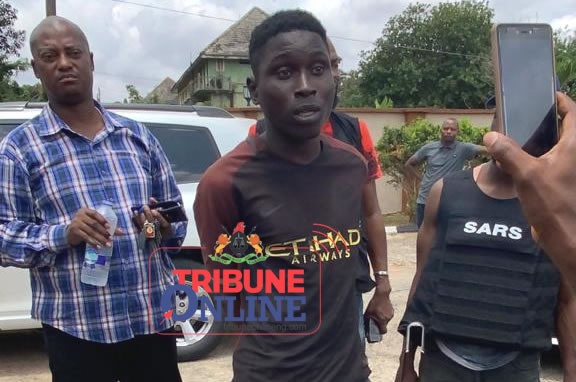 Share
THE suspected Ibadan serial killer, Sunday Shodipe, has been rearrested by operatives of the Oyo State police command.
Competent sources said he was discovered at Bodija market in an area where some load carriers were plying their trade.
It was further gathered that some people noticed him and duly informed the state SARS commander, who went there with SARS operatives and got him arrested. 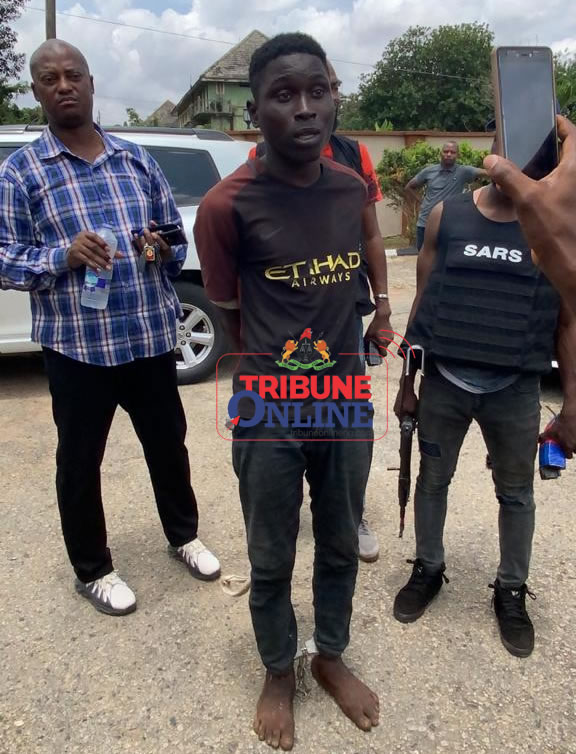 Meanwhile, the state Police Public Relations Officer (PPRO), SP Olugbenga Fadeyi, confirmed his arrest to Tribune Online via telephone conversation.
SP Fadeyi said: “The suspect has been rearrested and is currently in police custody.”
Recall that Shodipe (19), was suspected to have killed about six women at Akinyele Local Government Area of the state, escaped from the Mokola police station on Tuesday, August 11.
This prompted a wave of protests against the police, but the state Commissioner of Police, Joe Nwachukwu Enwonwu, had assured that everything had been put in place to ensure the rearrest of the suspect.
Just last Thursday, a N500,000 bounty was placed on Shodipe’s head by the police.

The Inspector-General of Police, Mohammed Adamu has warned against complacency among police operatives In Oyo State.

In a statement issued and signed by the Force Public Relations Officer, DCP Frank Mba, the IGP commended the state Commissioner of Police, Joe Nwachukwu Enwonwu and his team for a job well done.

He also expressed his sincere appreciation to the citizens for their support and understanding while the manhunt for the rearrested Shodipe lasted.

The IGP stressed that “all hands must be on deck to bring the case to a positive and successful closure.” 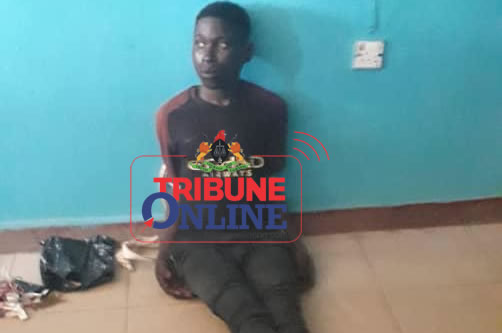 North May Back Atiku In 2023 — Yakassai •Says APC should pick Southerner as presidential candidate •‘Tinubu better than Buhari who has no plan’
IF former vice president, Atiku Abubakar, contests for the presidency in the next general election in 2023, the majority of the votes from the North will go to him, elder statesman and politician, Alhaji Tanko Yakassai, has said. Yakassai, a former Liaison Officer to former President Shehu Shagari, described both Abubakar and former Lagos State governor, Senator Bola Tinubu, as potential 2023 presidential contenders…Ibadan serial killer Ibadan serial killer

‘I Lived As A Beggar. I Begged To Eat, I Begged To Wear Clothes, I Even Begged To Put My Head Under A Roof’
EMMANUELLA Udeh had just finished peeling melon inside the one-storey building she lives in when Saturday Tribune called. Surrounded by a calm environment in Emene, Enugu East Local Government Area of Enugu State, the 39-year-old paraplegic recounted her experience since she was disengaged as a beneficiary of N-Power, a scheme set up by the Federal Government to address the issues of youth unemployment and…Ibadan serial killer Ibadan serial killer