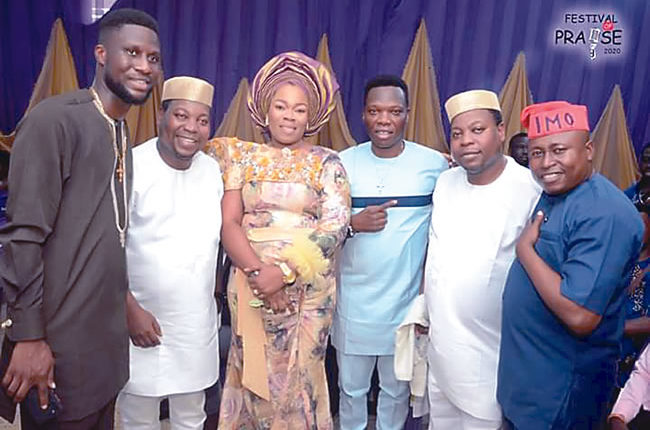 The city of Ibadan came alive days back when notable gospel musicians, including, Evangelist Bola Are, Taiwo and Kehinde Adegbodu, Mega 99 and others converged to celebrate with one of their own, Phillip Abosede, popularly known as Bose Super, last Sunday.

The convener of the event held at the Christ Apostolic Church, Mountain Top, NTC, Ibadan, Oyo State, expressed her delight at the success of the event, noting that it was another progress of her music career.

“I cannot thank God enough for the success of this year’s festival of praise. I also want to appreciate my colleagues and gospel music veteran, Mama Bola, who has been a supporting pillar from onset. It is indeed another remarkable success in my career. I also want to acknowledge the support of clerics and my fans that made the event a success”, she added.

Speaking about her career, Bose Super noted that her steady rise was divine and that she would not take the grace for granted, but would be grateful to God who is the reason behind her success.

“I am grateful to be one of the vessels of God and I have never regretted doing the will of God in propagating the gospel and winning souls for Christ through my music talent. All my works and even the just-released preach the gospel, raise hopes, and ignite souls to align with God”, she said.