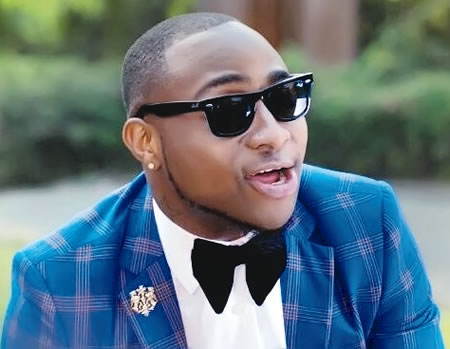 David Adeleke, otherwise known as Davido has had a great year but he would not end the year without bringing to life the promise he made to his fans about dropping another album before the year runs out. On Friday, Davido dropped his much-anticipated album and the reviews have been positive for him. SEGUN ADEBAYO brings excerpts of an interactive session with him.

What comes to your mind when you hit the studio to make a new song?

Every time I make a song, I already see how it is going to be and how the people would accept it. As an artiste, you must never stop thinking about how the song would be received by people. How it is going to sound at the shows and even at the clubs.

You have a new album that has got everybody talking, how much planning went into the project?

You have to sit down and plan how things would work. There is a way you have to feel about each song on the album. Like I said, when I make my music, I am already thinking of the future. You have to know which part of the beat the people would love. There is a way it is going to feel when you are performing and you must feel it from the moment you are making the song.

The experience that led to the album…

We put a whole lot of energy into the new album. I felt really good working on the album. The vibe and all that went into it, the feeling, tours and travelling and seeing people jumping and embracing my song whenever I am performing give s me so much energy to make this new work. Another part that thrills me is being on the road with my people; this will be part of the stories I would tell my kids and grandchildren. Seeing the people singing my song and appreciating what I do is really thrilling. This is an experience I want to share with my children and grandchildren. It was really exciting.

The process of making a new album…

Recording songs during the pandemic…

Being at home in Lagos helped me to record songs that ended up being good. We were always at home. We didn’t have anything to do. We were sleeping and waking up to music. Though it was difficult being away from my producers, we were just communicating by phone. We just kept on adding songs.

How long it took me to make it…

It took me three months to record because we took our time to record every song on the album if I was on tour, I wouldn’t have been able to record my new album.

Inspiration behind the album…

Working with Nicki Minaj was not planned as well because I had never met her before. I was coming back from an event and I felt Minaj would be good on the verse of a song I just recorded, so my team said I should hit her up. I sent her a message on Instagram. And in two days, I got a voice from her and the song was really nice. Working with NAS was also good. He came into the studio where I was recording and I asked if he could jump on the song I was recording. In less than ten minutes, we created a song that people are talking about.

What the album would do for me…

The album is going to do a lot for for the culture and afro beat. It is going to change a lot for me and the producers and artistes on it. I feel cool right now and I am happy about this time.