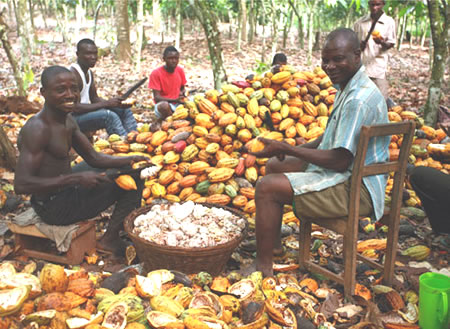 The Cross River Government says it has released the 2019/20 Cocoa Land Lease Allocation to beneficiary farmers in the state.

The Chairman of State Cocoa Board, Dr Oscar Ofuka made this known on Monday during a stakeholders and landlord communities meeting at Effraya, Etung Local Government Area.

He said that the allocation had taken care of the interest of landlord communities.

“The 2019/20 allocation has taken care of the landlord communities and with a spread covering various interest groups in the state.

“This year’s allocation is carefully undertaken to ensure that the farmers adequately contribute in the regeneration and rehabilitation of the estates,’’ Ofuka said.

The chairman, however, warned that beneficiaries must pay their lease fees for the period approved before gaining access into their farms.

He cautioned farmers against unnecessary encroachment into government-owned land, adding that the government was willing to pay the landlord communities.

The Paramount Ruler of Etung Local Government Area, Dr Emmanuel Ojong described the release of the allocation as timely.

He said that this would build the confidence of farmers and boost the government’s effort to diversify the economy of the state.

He appealed to farmers to support the state government in repositioning cocoa in the state.