Beyond Fayose: The future of Ekiti 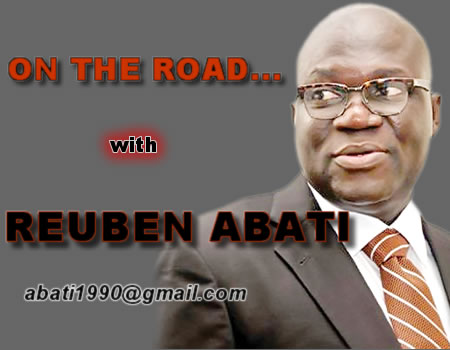 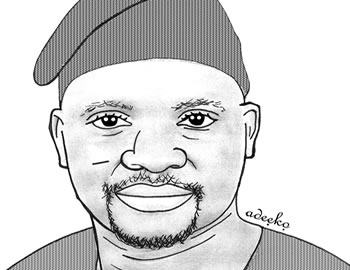 I spent the better part of last Tuesday, October 16, focusing on developments in Ekiti State. It was the day of John Kayode Fayemi’s return to office as Governor of Ekiti State and his inauguration for a second-term, after an interregnum of four years, 2014-2018 during which former Governor Ayo Fayose reigned.  It was also on that day that Fayemi’s immediate predecessor reported to the Headquarters of the Economic and Financial Crimes Commission (EFCC) to submit himself for interrogation and investigation. For the people of Ekiti state, no other day could have been more melodramatic. I watched the Ekiti inauguration on television, beginning from the point where the new Governor, Kayode Fayemi arrived and he was taken  round the stadium in an open van to acknowledge cheers from the people. Fayemi had a unique style of greeting the people, throwing his hands in the air with some kind of bird-like movement. I really couldn’t figure out if he was waving or dancing. I was amused. I thought if his plan was to dance, he could have taken some lessons from you know who – the two Dancing Senators of the National Assembly!

Although the duo belongs to the opposition party, the Peoples Democratic Party (PDP), they would have obliged him. In any case, Governor Fayemi pulled it off nicely, considering the excitement from the crowd. He is obviously not planning to spend his time in Government House, dancing. The ceremonies soon got underway with a colourful police parade, with Governor Fayemi taking the stand. It was a beautiful parade, and quite refreshing seeing the mobile police, the anti-terrorism unit of the police and others marching with so much discipline and confidence, in very neat uniforms, with symphonic unity – and two officers running a commentary to guide us. If the Nigeria police were to display that same level of dedication, discipline and preparedness in the course of their daily work and engagements with the public, no one would have any reason to complain about the many failings of the institution. Governor Fayemi enjoyed himself so much that even when the police commentator asked him to take his seat while the rest of the parade continued, he still spent a few minutes appreciating the men and women on parade.

The Governor eventually went up to the VIP stand, he took a cup of water, and APC dignitaries from around the country took turns to have photographs with him and his wife.  I didn’t see members of the opposition party. Could it be that they were not invited? Or they were invited and they chose to ignore the ceremony? Or the planning committee chose to make the inauguration ceremony a strictly family affair? Or may be the cameramen chose to ignore the faces of opposition politicians at the ceremony. The high point, however, was the taking of the oath of office, and then the speech by the newly-sworn-in Governor.  It was a brilliant, thoughtful speech but it fell short in one major regard.  It began on an evocative note with a prefatory poem written by Erelu Bisi Fayemi, the Governor’s wife and Chair of the Ekiti Transition Committee (some people are of the view that the people of Ekiti are likely to be getting two Governors for the price of one!- but that is just by the way, afterall, there is something called the doctrine of the unity of spouse.). In clear, rhythmic and seductive prose, Fayemi set out the agenda for governing Ekiti state in the next four years, to wit: the restoration of values, people-centred social investments, promotion of a knowledge economy,  infrastructure and industrial development, and agriculture and rural development.  He paid homage to Ekiti ancestors, and called on the people to look toward the future with hope and confidence because the state under his watch, will be different.

ALSO READ: Change of baton in Ekiti: Playing the hide and seek

Whereas the Governor made it clear that he is not on a “revenge mission” , his entire speech however was packed full of bitterness –clearly evident in the choice of words and imagery.  Even the poem by Mrs Bisi Fayemi is suffused with telling metaphors. October 16 was meant to be a day of joy for the Fayemis but both husband and wife could not hide the pain and the feeling of hurt that they nurse. Their words gave them away. “This land is ours…” writes Bisi Fayemi, but the land has been overtaken, and “we see the blood on the lips of vultures who prod and peck at our throats/so they can suck even more blood.” Apparently, the Fayemis are convinced that there are political vampires in Ekiti state but Fayemi has returned to “reclaim what is ours with our voices/with our blood and with our souls/This land is ours, and it shall be free.”  This theme of freedom from despair and destruction and restoration of hope is sustained in the main speech. In six paragraphs sub-titled “NEVER AGAIN”, the newly sworn in Governor wrote off the last four years of Governor Peter Ayodele Fayose in Ekiti state, in words delivered with stinging brutality. And not once did he mention Fayose by name.  He tells the people of Ekiti: “Our reputation as a people has been sullied and we have become the butt of jokes due to the crass ineptitude, loquacious ignorance, and ravenous corruption masquerading as governance in our state during this past administration”. This bitterness is further reflected in such phrases as “Ekiti has been through a horrible wilderness”; “innumerable white elephant projects”, “state assets unaccounted for”; “those who do not understand what governance or development is all about”; “painful wound.” Wound? The nature of that “wound”, at a personal level, has been famously addressed in an op-ed by Bisi Fayemi when she wrote previously, about how her family was deserted by those who had wined and dined with them as soon as JKF, as her husband is called, lost his bid for a second term on June 21, 2014. She wrote that“it was a very bad day, one of those days that I referred to recently as Ojo buruku esu bu omi mu – the day the devil came to drink water”.  Those who came to visit, came to “mourn”, she told us, as if the loss of an election was the end of the world.

Fayemi is now back to Government House, and on October 16, I didn’t see anybody mourning.  The guests at the inauguration – associates, friends, party chieftains, traditional rulers and the ordinary people in the stands, did not come to “mourn”, they came to celebrate with Fayemi and his wife.  Life is like that. At the risk of sounding trite, in life, there is a season for everything: a time to laugh and a time to mourn. Fayemi has had his own share but as he returns, he should place greater emphasis on healing, reconciliation, forgiveness and the agenda that he has eloquently set out. He should be magnanimous and extend his call for support and collaboration, not just to the ordinary people of Ekiti, but everyone, including those he may consider his arch-enemies. To dismiss Fayose so brutally is uncharitable. Fayemi has stayed long enough in politics to know that the enemy today may be a friend tomorrow. Bitter words are like bitter kola, they leave a stinging and prolonged taste in the mouth even when you choose to drink water.

Fayose may have supported his protégé – Kolapo Olusola in the last Gubernatorial election in the state – I still insist that Olusola acted like a spectator at his own wedding and he did not deserve to win – but Fayemi himself must learn not to be over-triumphant. There was a hint of a threat that he will probe Peter Fayose. He doesn’t need that “revenge mission”. The new Governor of Ekiti State must eschew the APC mindset: the thinking that once you are given power, you must intimidate and humiliate people, or climb a holier-than-thou pedestal – as we have seen, constructed with ego, spittle and bitterness. The key take-away in Fayemi’s speech is that he is ready to work and he intends to move Ekiti state forward. He should focus on that.

While Fayemi was savouring that new moment in his life, at the Ekiti Kete Pavillion (which he also used to settle scores, reminding everyone that he built the Pavillion!), Fayose was busy on twitter announcing to the whole world that he was on his way to the EFCC headquarters to turn himself in. At a point, he informed us that he would be at the EFCC headquarters within an hour. Notably, on October 16, Fayose refused to attend the inauguration of Fayemi as Governor. Fayemi may claim that the snobbery was mutual but he should see himself in his new role within the context of leadership, and not partisan politics or personal grievances.

He should look at it this way: the day he returned as Governor, Fayose was on his way to a police station! He even went along with his clothes, knowing that he could be detained. It is now a matter of record that Ayo Fayose is the first Yoruba man to go to a police station decked out in “Aso ebi.” His supporters wore white T-shirts – “aso ebi” of sorts, even if they proclaimed that Fayose is “the conscience of the nation.” I was surprised that they didn’t have a musical band in tow!  The unnecessary drama that Fayose has constructed around his invitation and detention by the EFCC is typical of him, but by the time he spends a few days in the EFCC underground cell, he will surely realize that he is not in a five-star hotel and that the EFCC has well-trained interrogators who do not look at people’s faces. They will try to break his will, wear him out, test him, humiliate him. Fayemi should not do the work of the EFCC.

And of course, Fayose is not useless as Fayemi tries to make him appear. He is a gifted, street-wise politician. He ran a folksy, populist government. He had the common touch. The people hailed him: “Oshokomole, Ekun oko Oke, afinju Irunmole to n je salad!”  The EFCC will not offer him salad. I know that for sure. But the people of Ekiti will always remember him for the courage, the sass, the colour that he brought to governance, and the “stomach infrastructure” that he offered. The people may also not agree that his exit is “the end of error”. The difference between Fayemi and Fayose is in terms of substance, style and exposure and the people’s expectations. In terms of political destiny, both men also probably have something in common. In moving Ekiti forward, as he has promised, Fayemi should attempt a more dispassionate assessment of the past, the present and the future. He should not set an example that will come back to haunt him. Four years is a very short time.  Ekiti kete, “the land is yours…”

Peter Obi as a motivational metaphor