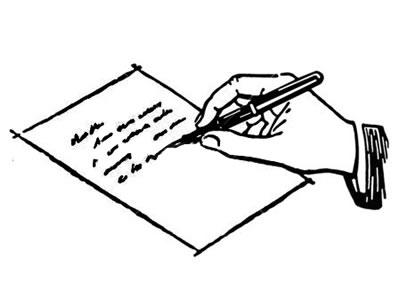 I was inspired to write this piece as I listened to the out of tune, obtrusive and cacophonous noise of the “My Dream” instrumental by the accordion in the Oyo State musical ensemble. One of my favourite preachers, philosophers and motivational speakers, the late Dr Myles Munroe, postulated that one of the richest places on earth is the cemetery. According to him, the cemetery is a rich library, full of unwritten books, dream homes, untapped talents and skills, undelivered messages, unspent resources, unfulfilled promises and missions impossible. For Dr. Munroe, as he was popularly referred to before the fatal plane crash that cut short his short but fulfilled life, the cemetery is a place where dreams, visions and desires are buried.

Given this postulation to which I subscribe fully, it means a lot of people end their lives without actualising their dreams and aspirations. They are therefore buried with all of these in the cemetery making it not just an abode for dead bodies in coffins or caskets depending on the status of the dead but indeed a place rich and full of unfulfilled dreams. Dr. Myles Munroe’s prayers or prophetic declarations at the end or in the middle of his usually powerful and inspiring sessions is “May you die empty”; his own way of prophesying to the destinies of his audience for a fulfilled life that will see to the actualisation of their mission, dreams and aspirations.

To die empty is to have lived a fulfilled life, a life where at its end, the individual will be said not just tohave dreamt but actualized them. By an obvious implication, there is a wide gulf between a dreamer and an actualiser. What is the difference? A dreamer talks, an actualiser acts. Dreamers talk about what they think is possible, while actualisers talk less and act more. Actualisers forsake talk for action. They work late, sacrifice weekends and keep going in the face of opposition. Dreamers postpone, actualisers start. While the dreamer gives all sorts of reasons and excuses for deferring his dreams like a raisin in the sun, the  actualiser begins and commences action on his dream surmounting every obstacle and distraction. The dreamer blames and finds faults while the actualiser is solution oriented. Dreamers speculate, actualisers experiment.

Dreamers listen to fear, while actualisers work through fear. Dreamers stay in their comfort zones leading to a paralysis of their dream while actualisers recognize the difference between ordinary and extra ordinary. They are therefore able to push themselves to the limit pushing fears and objections behind them for a home run to the actualization of their dream with the “extra”. Actualisers see the race track and the lines demarcating each lane, dreamers see themselves breasting the tape. In essence, while the actualiser focuses on the journey and takes concrete steps to get to the destination, the dreamer focuses on the destination but takes no decisive and concrete steps to support his dream. Dreamers quit their dreams owing to failures, obstacles and setbacks.An actualiser is resilient, trudging on in the face of stiff resistance knowing fully well that every setback is a set up for a comeback. Dreamers stop with failure, actualisers are inspired by failure. Actualisers recognize that rough roads lead to beautiful destinations.

Finally, dreamers compare their dreams, actualisers construct their dreams. Dreamers will recount their dreams and attempt to put them side by side with others who have achieved their dreams.This has been the narrative in Oyo State since 2011. The story has been of a dreamer and an actualiser.  The current governor actualised the construction of the flyover at Mokola in Ibadan, the first by any civilian governor of the state, a former governor claims it was his dream. The current governor flagged off the construction of Ibadan Circular Road, a former governor says it was a pipe dream of his administration. When the Ajimobi-led administration actualizes major policies and projects, the decibel of the accordion noise increases. Of course, the cacophonic orchestra is  quick to be replied with the popular song “Ariwo ko ni music o……Empty barrel lo ma n pariwo”which simply means do not let us equate noise to music…..empty barrels make the loudest noise.

Anybody can dream but not everybody can be an actualiser of dreams. According to the Harlem born son of Jamaican immigrants, Colin Powel, former United States National Security Adviser and the first African American to be appointed as the U.S Secretary of States, “A dream doesn’t become reality through magic; it takes sweat, determination and hard work”. The salient point here is that we need to rigour before we can savour.  Success does not come cheap or by wishful thinking. A dreamer will never be a visionary; for a true visionary matches vision with action. Therefore, a visionary can easily become an actualiser.  And to you reading this piece,would you rather be a dreamer or an actualiser? Whichever you choose, can I have an Amen to my prayer: “May you die empty”.

Over 60 erosion sites discovered in Anambra