EntertainmentFriday Treat
By On Jul 1, 2016 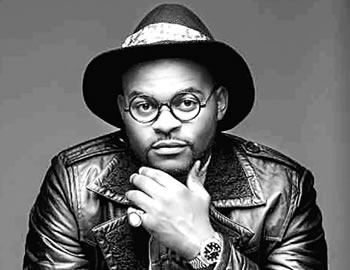 It is no longer news that Nigerian representative, Falz the bahd guy, won the Viewer’s Choice Best International Act Award at the 2016 BET Awards.

The rapper earlier nominated for the Award, was named the winner at the awards that held in Los Angeles on June 25, 2016.

Falz has continued to stand out in terms of his creativity and ingenuity, and has carved a niche for himself in the Nigerian industry.

He is known for his funny skits on social media, breaking out into a fast rising entertainer in Nigeria and far beyond.

Folarin Falana popularly known as Falz The Bahd Guy is a Hip-Hop recording artiste who returned to Nigeria from the United Kingdom to pursue a rap career.

Son of highly respected lawyer and activist Femi Falana, Falz was born into a family of three children. He attended St Leos Catholic Primary School, Ikeja Lagos and Olashore International Secondary School, Osun State. After studying law at the University of Reading in the UK he moved back to Nigeria to attend law school and  was called to bar in February 2012.

Falz’s passion for music can be traced way back to secondary school where he met a friend of his who wrote rap lyrics before they formed a little group ‘The School Boys’.

After forming a little group ‘School Boys’ he joined the choir in church and released a mixtape in 2009 which was a compilation of what he had been recording just to get his name out there and a little recognition. After that, he released about five singles. The rapper who became an Instagram sensation with his funny ‘ello bae‘ skits, says he is not a comedian.

According to him, “I have a passion for film, so acting is something I would probably do sooner than later. I plan to have my own TV show. I’m not a comedian”. Falz, who is still a practicing barrister, has decided to still keep that part of him alive and still goes to court when chanced.

And Justice Niki Tobi is dead