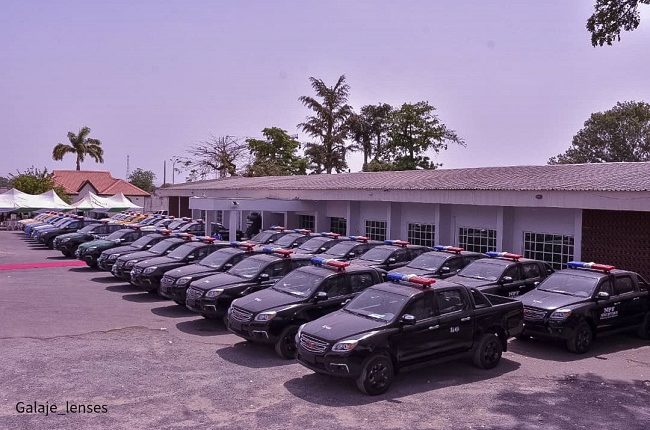 As part of its determination to ensure that the state was adequately and effectively policed and secured, Bauchi State Government has purchased 50 JAC Pickup operational vehicles equipped with communication gadgets worth the sum of N759.5 million.

The Government on Saturday distributed the 50 brand new JAC Pickup operational vehicles to all security agencies in the state as part of the efforts to improve security and enhance security operations especially at the grassroots where the people are considered most vulnerable to attacks by bandits.

State Governor, Sen Bala Mohammed Abdulkadir during the official distribution of the vehicles at the premises of the Government House, said that the procurement of the vehicles was a testimony of the state government’s concern towards the holistic approach to security challenges.

He stressed that issues of armed robbery, cattle rustling, kidnapping farmers/ Herders clashes, banditry, and other criminal activities need to be put in check in order to boost economic activities.

Bala Mohammed further said that no society can prosper with an increasing number of criminal activities perpetrated by mindless and selfish individuals in society.

He added that civil society is guided by the universal law of social contract where the government is charged with the responsibility of providing security and maintaining law and order.

The Governor said that “Tackling security problem is a collective responsibility of all of us, therefore, citizens should cooperate with the security agencies and report any suspicious activity and movements to the nearest security points for prompt action instead of taking laws into their hands or being complacent, a situation where the community becomes lukewarm in their attitude towards exercising their cooperate responsibility is not going to help us”

He added that “We in Bauchi state are facing these challenges squarely through collaboration with our various security agencies, traditional institutions, and other major stakeholders, therefore the protection of lives and properties of the citizens is one of the cardinal objectives of this administration.I, therefore, commend security agencies in the state for carving the rate of crime in the state very well”

He further said that the operational vehicles will ease the movements of security operatives and ensure prompt response to emergencies, adding that the vehicles are well equipped with communication gadgets that can gain access to any part of rural areas in the state.

He also said that one of the logistic constraints facing the Police Force is inadequate serviceable vehicles for visibility policing in the form of vehicular patrol.

The IGP added that most vehicles used by criminal elements move at a voracious speed that Police vehicles find it difficult to catch up with them, which he noted is a big minus on the part of the police.

Usman Alkali Baba said that ” The provision of these vehicles is a morale booster for our policemen to discharge their statutory duties by ensuring quality service delivery to the citizens. The logistic support has come a good time as this laudable gesture has the capacity to serve as catalysts in our renewed vigor to fight crime and criminality in the country.”

In spite of the huge investment in the water sector by the government and international organisations, water scarcity has grown to become a perennial nightmare for residents of Abeokuta, the Ogun State capital. This report x-rays the lives and experiences of residents in getting clean, potable and affordable water amidst the surge of COVID-19 cases in the state…50 security operational JAC  50 security operational JAC

Bandits kidnap 20 women during naming ceremony, 5 others in Katsina