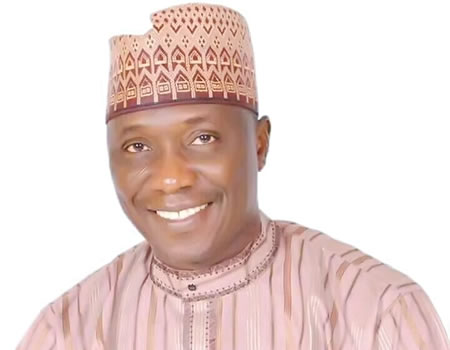 Speaker of the Bauchi State House of Assembly, Abubakar Y Suleiman, APC Ningi Central constituency, emerged as the Speaker in a controversial manner against the expectation of his party which has the majority in the House. It is believed that his emergence was orchestrated by the governing Peoples Democratic Party (PDP) in the state in order to taunt former Governor Mohammed Abdullahi Abubakar and ensure that the incumbent governor, Bala Mohammed Abdulkadir, had an easy ride in governance. In this interview by Ishola Michael, the Speaker bared his mind on the crisis and other issues. Excerpts:

The crisis that engulfed the House is over politically. Looking back, how do you describe the situation now?

The misunderstanding that almost set us against each other at the inception of the 9th Assembly has now been thrown into the dustbin of history and it’s a victory for Bauchi State, because members have now eschewed all differences and are committed to working for the peace, order and good governance in Bauchi State.

What are you doing to ensure that you win the confidence of all the members for effective legislation?

My personal philosophy and guiding principle, even before venturing into politics, is that everybody is important. Therefore, as the Speaker I accord each and every member of the House with the respect and attention he deserves. I also operate an open-door policy bearing in mind the oath I have taken to be just and fair to all.

How will you describe the relationship between the Legislature and the Executive considering that the two belong to different political parties?

First of all, I personally don’t ascribe to the erroneous belief that if you are in different political party with someone, you must be seen to draw daggers at each other. The cliché in governance now is that you should place the interest of your people over and above party or primordial sentiments. Therefore, the chemistry between the Legislature and Executive in Bauchi State is cordial. We are working towards sustaining the tune and tempo in the interest of our people.

How sensitive would you say the governor has been to the needs of the House?

I really don’t know what you mean by the need of the House because as far as the 9th Bauchi State House of Assembly is concerned, our need is not any different from the needs of the people of the state. So, to the extent that the governor is initiating and implementing policies and programmes that affect our constituencies, he is sensitive to the needs of the Bauchi State House of Assembly.

What is the House doing about the ongoing bank verification number (BVN) crisis in the state?

As people-oriented legislators, you know we will be naturally concerned about anything that affects the citizenry. Therefore, the matter was deliberated on the floor of the Assembly and our resolution was that since government has already set up a committee and the House is represented in the committee, let us not preempt the committee’s report. The house has, however, admonished the executive that it should be done in a way that workers would not suffer as a result of the exercise.

There are rumours that you and some other members of the House are planning to defect to the PDP. How do you react to that?

I am hearing this from you for the very first time.

How will you rate the performance or otherwise of the PDP-led administration in the state?

As the third citizen in the hierarchy of the government of the state, it will be morally wrong for me to assess a government I am part of and which is less than a year in office. So I guess the question should rather be directed to the electorates who gave us their mandate.

People of the state have high hopes and expectations for a better state. What promises are you making?

To the people of the state, I want to assure them that the 9th Assembly under my leadership will be responsive to their yearnings and aspirations. We will also work in harmony with other arms of government to ensure that they get quality representation.

Although you are the leader of the state Legislature, you have a constituency. What should your constituents expect from you?

To my constituents, I will by the grace of God do all that I promised to do during my campaigns and will even go beyond my campaign promises whenever I have the opportunity. My being the Speaker of the house will not deter me from giving my constituency the needed representation. For instance, I recently stepped down as Speaker and presented a motion on the construction of an important road (Nasaru – Gwaram – Balma – Arinja) in my constituency and my colleagues, the members of the house unanimously supported the motion. I will continue to do that.

At the end of your tenure, what do you want to be remembered for?

ASUU/FG face off: Should universities be granted financial autonomy?