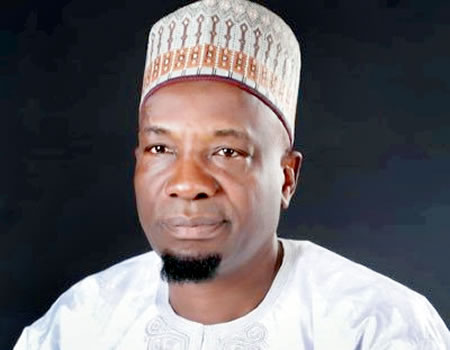 Senator Mohammed Hassan Nasiha Gusau, representing Zamfara Central district of Zamfara State. He speaks on the Senate President, Ahmed Lawan and his leadership so far, why Nigerians must support the 9th Senate and his achievements in Zamfara Central Senatorial District among other issues. Excerpts

Sir, how will you describe the leadership style of Senator Ahmed Lawan, the Senate President?

Senate President Ahmed Lawan is a God chosen person. He has been piloting the affairs of the 9th senate meritoriously well with his wisdom. He can be best described as an achiever per excellence because he is an achiever of no match as far as Senate Presidency seat is concerned. Senator Ahmed Lawan, to me, is a very transparent administrator; he carries other members of the Senate along in all his day to day activities, very upright, active and highly intelligent. He is a man of unquestionable character and very decent in all his doings, it is because of all these qualities that made the members of the 9th senate to vote overwhelmingly for him as the senate President of the Federal Republic of Nigeria. He is a man of his words, very bold and courageous, a philanthropist per excellence and a believer in the overall welfare of the entire citizens of Nigeria.

Since Senator Ahmed Lawan’s assumption of office six months ago, the 9th senate has known peace. He is also a believer in the rule of law going by the way he immediately administered the oath of office on all the new senate members of the upper legislature that won their cases at appeal court. He did this irrespective of the political parties they all belong to. Example is that of Ekiti State where Senator Abiodun Olujimi was sworn in immediately.

His experience in the National Assembly, both as a member of the House of Representatives and  Senator has been brought to bear in the way he is presently administering the 9th Senate of the Federal Republic of Nigeria. With the way things are going now under his leadership in the Senate, I believe he is going to take the 9th Senate to the promised land. He is a man of very good track record and he will never serve as rubber stamp to the executive but rather, he will carry the members along in working in good partnership with President Buhari, for the general overall growth and development of our nation.

If Senator Ahmed Lawan was not a good representative of his people, he would not have been in the National Assembly for the past 20 years. So, he is a good representative of his people and this is the knowledge he is now bringing to bear with the way he is piloting the affairs of the 9th Senate. So, I want to use this medium to solicit for his more and continued support from the members of the 9th Senate. The current Senate under his watch has been so peaceful to the extent that hardly could you identify the Senator of Party A from Party B because they have all united for the common goal of making laws that will be of immense benefit to the generality of Nigerians.

How has it been since your assumption of office as Senator representing Zamfara Central?

It has been very interesting and fantastic. Honestly speaking representing Zamfara Central Senatorial District is a call to service; a trust which one must not betray. So far, I have been trying my best to put smiles on the faces of my people in the areas like sponsoring of bills that will touch directly on their lives; making myself very active on the floor of the Senate, supporting of reasonable bills sponsored by my colleagues; bringing of federal presence to my Senatorial District in area of infrastructural provision; assisting unemployed youths in my senatorial district to secure employment, complimenting the efforts of the state government of Zamfara in the area of provision of social amenities such as pipe-borne water; provision of transformers towards ensuring stable electricity supply, tarring of roads, construction of drainages, wooing of foreign investors to the state, assisting the students, artisans, farmers, market men and women financially among others.

Plans are also n the way to bring more goodies to my people before the end of this year. I thank the people of my Senatorial District for their support and cooperation, I am promising that I will not let them down in the course of discharge my duty as their representative and I will make sure I represent them meritoriously well.

Generally, what are your messages to Nigerians as regards the current political dispensation?

Nigeria is not doing badly politically since 20years that we have been having uninterrupted democratic practice. I want Nigerians to believe that with patience and determination, we will get to a glorious height. So far, we have recorded a lot of successes since we have started democracy in Nigeria. As a result of our stable political democracy, many world powers have been visiting our country with the aim of partnering with us economically.

I equally want to use this medium to commend the governor of Zamfara State, Alhaji Bello Mohammed Matawalle, for his achievements so far since his assumption of office as Zamfara State governor. There is virtually no area that his administration has not touched.

For example, in the area of infrastructural provision, he has tarred many roads across the nooks and crannies of the state while several drainages have also been constructed to prevent erosion. In the area of security the issue of robbery, kidnapping and criminal activities have reduced drastically.

In the field of water and electricity, he dug bore-holes into places where they are suffering of water while transformers were provided for them in areas where there is epileptic power supply. Hospitals and maternity centers were built to bring healthcare delivery down to the doorsteps of every home. In the areas of education, many of the dilapidated school structure were reconstructed. Governor Matawalle has also succeeded area economic boosting by way of wooing foreign investors into the state.