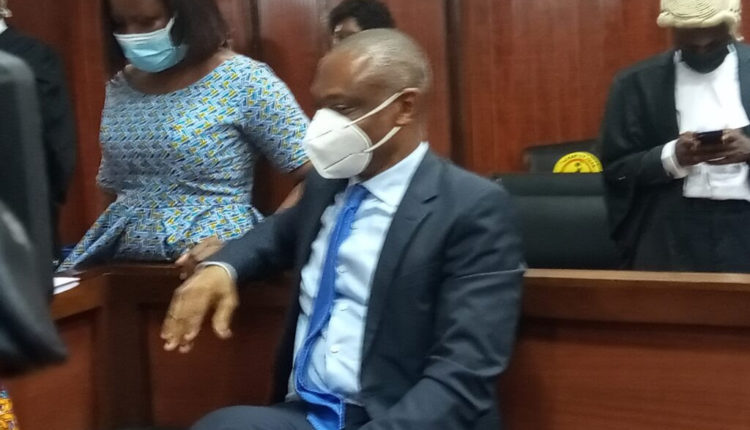 The former Managing Director of Bank PHB, Mr. Francis Atuche, standing trial for stealing the sum of N25.7 billion belonging to the bank, was on Wednesday found guilty of theft and sentenced to six years imprisonment.

Atuche’s wife, Elizabeth, also standing trial with him, was however discharge of the cases of conspiracy and stealing brought against them in a suit instituted by the Economic and Financial Crimes Commission when they were initially arraigned on May 17, 2011.

The trial judge convicted the duo in a 12-hour long judgment which began at 9:12 a.m and stretched into 9:21 p.m on Wednesday.

They were convicted of 21 out the 27-count charges brought against them by the EFCC.

The trial judge also held that in case of conspiracy and stealing against Atuche’s wife, the prosecution failed to prove any case against her.

She added that there’s no evidence that linked her to the offence.