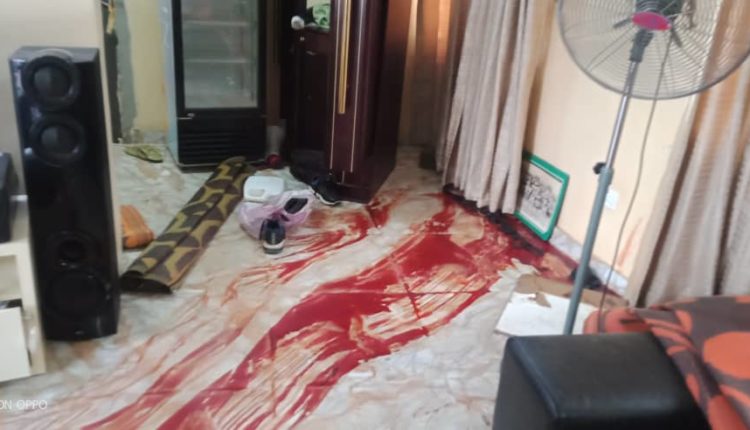 Acting leader of the pan-Yoruba sociopolitical organisation, Afenifere, Chief Ayo Adebanjo, has condemned the attack on the residence of the Yoruba activist, Mr Sunday Adeyemo, popularly called Sunday Igboho, saying a dark cloud has descended on the country.

In a statement on behalf of Chief Adebanjo by the body’s national publicity secretary, Mr Jare Ajayi, Afenifere said the attack was a “sad indicator that we are fast returning to the era of late General Sani Abacha when anyone who expressed opinions contrary to government’s position would be attacked.”

Entitled “Attack on Sunday Igboho’s house: Dark Cloud Descending on Nigeria,” the statement said the Federal Government could not be exonerated from responsibility for the attack as it bore the imprimatur of a state-organised onslaught on innocent citizens.

Afenifere said: “Reports have it that the invaders came in 15 vehicles with army identity while some of the men wore DSS uniforms. It was also reported that people were killed, while yet unidentified number were taken away by the invaders. They also destroyed property running into several millions of naira.

“The attack came less than 72 hours to the plan by Igboho and others to hold a rally in Lagos to further canvass for a Yoruba nation on Saturday. The manner of attack indicated culpability on the part of those in authority.

Afenifere regretted that the incident was a reminder of what Nigerians went through under the regime of late General Sani Abacha.

“We recall with sadness how voices that were opposed to the dictatorial tendencies of Abacha regime were under serious attacks. We recalled how patriots like General Alani Akinrinade, Pa Abraham Adesanya, Pa Alfred Rewane, among others, were attacked resulting in the untimely and gruesome murder of Pa Rewane,” Afenifere said.

The body noted that government security agencies are becoming emboldened in violating the rights of the citizens because the previous violations were not checked.