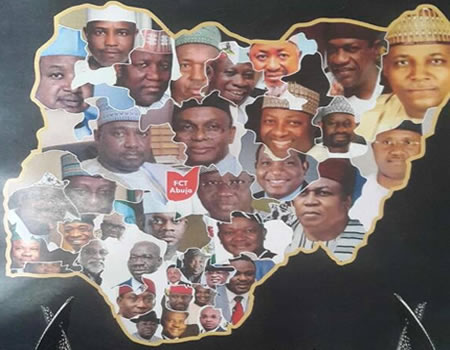 Against the backdrop of the consequences of climate change, state governors in the country have met with international partners to seek their assistance to fully implement the Sustainable Development Goals (SDGs).

Emerging from a brainstorming meeting with the partners in New York, United States, late Friday evening, they were however confident that given the necessary intervention, the states would be able to meet the objectives set out in the SDGs.

The meeting was a high-level side event on the SDGs at the ongoing United Nations General Assembly (UNGA).

The 10 governors, who were in attendance, agreed that the SDGs has limitless potential to enhance the lives of their people, but pleaded with international partners to assists them with resources to fully implement the goals.

Chairman of the Nigeria Governors Forum (NGF) and Ekiti State governor, Dr. Kayode Fayemi, who led his colleagues to the event with the theme, “The Role of Subnational Governments in Achieving the Sustainable Development Goals and the Paris Agreement,” stressed that it was important for the governors to attend the event given the “existential threat” faced by their states.

He said the problem of climate change could no longer be ignored as the consequences have become too obvious in different states given the amount of flooding, desertification and other menaces bedeviling parts of the country.

Citing a recent international report, he warned that Lagos State for example could be submerged under water if nothing was done soon.

Governor Dave Umahi of Ebonyi State said even though the South-East states have coped with the consequences of climate change, particularly flooding and erosion, the problem has got worse.

The governor therefore called for international intervention to enable the states to upgrade their infrastructure to tackle the challenges.

He said: “Of course, we had to emphasise the new threat of climate change. In the past, we have had to live with erosion and then, flooding occasionally, but these days, it is on the increase every year.

“We had to let the international community know what we are doing about solving the problem, the effect on the people, especially school children.

“When the roads are flooded or washed away, it has devastating effect in terms of access to medical facilities for children, nursing mothers and also school activities.

“We need strategic infrastructure to tackle this like infrastructure for control of erosion and flooding.  It’s quite a huge capital. So, we had to solicit for funds to assist the people of South-East in solving these problems,” the Ebonyi governor added.

On the takeaways from the meeting, the Director General of the Nigeria Governors Forum (NGF),  Asishana Okaura, told reporters that it would re-energise the state governors towards the implementation of his SDGs.

He added: “There are too many takeaways. You know there were two broad sessions, the latter part was that climate change is real, it is not a thing you begin to conceptualize; we have gone beyond that level.”

“It is an existential threat and that states have a role in ensuring that they implement things that will reduce the power of climate change.

“Secondly, that there is a connection between climate change and SDGs goals. And that ordinarily the expectations is for them (governors) to frame development plan around SDGs goals.

“Of course funding is an issue, there are funders ready, they are ready to come to Nigeria because they find Nigeria very attractive investment environment  but we really need to put our house in order.

“They (international partners) made that point. You can see the passion of our governors.

“In terms of specific takeaways, I listed near 10 on my list. If it’s funding, we will have to look at local revenue mobilizations.

“Yes, there are international development partners and agencies ready, but they will not just come into a place without the requisite environment.”

Also at the event were the President of the 74th UN General Assembly, Prof. Tijjani Mohammed-Bande and the Deputy Secretary General of the UN, Amina Ibrahim, who promised the organizers that the UN will support their initiative.

Capital market has been affected by instability —Experts