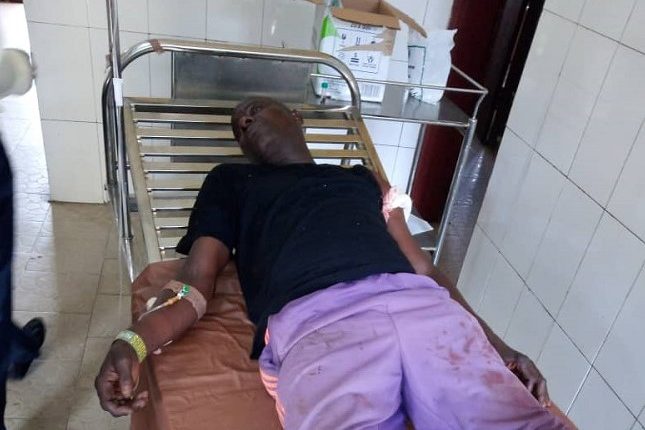 No fewer than four persons have been rescued in a joint operation by operatives of the Nigeria Army and Vigilante group in Ughelli North Local Government Area of Delta State.

The four persons were reportedly kidnapped by suspected herdsmen along the busy East-West road by Uwviamuge Junction last Thursday and whisked into Ododegho forest in Ughelli North.

But acting on a distressed call, operatives of the Nigerian Army, 63 Battalion and vigilantes stormed the forest on Friday and rescued the victims after four hours of a heavy gun duel between the security operatives and the suspected herdsmen.

Two members of the vigilante group, however, sustained injuries during the gun duel and are now recuperating in a hospital.

The Senior Assistant to Governor Ifeanyi Okowa on Security Matters, who is also the commandant of the vigilante group, Mr Monday Ohwesiri, confirmed the incident to Nigerian Tribune.

He said on Thursday, 12th November 2020, the suspected herdsmen broke into the East-West Road at Uwviamuge and shot sporadically at vehicles plying the road.

According to him, during the melee that ensued, no fewer than four persons were kidnapped by the suspected herdsmen.

Ohwesiri, however, added that on Friday 13th November 2020, members of his vigilante groups in Ughelli received a distress call from Ododegho community of some kidnapping activities ongoing in the nearby forest and his men sprung into action.

“We received a distressed call from the chairman of Ododegho community informing the security outfit of some kidnapping activities in their community bush.

“I immediately contacted the Special Tactical Squad Unit of the Nigeria Army which deployed its men to the council area to fight kidnapping and related criminal activities in the council area.

“While combing the forest, the kidnappers sighted us at a close distance and opened fire at us and badly injured two members of the vigilance members,” he noted.

According to him, the Nigerian Army team led by Captain Joel from 63 Battalion, ensured that the victims of the Thursday’s kidnap were rescued, unhurt.

Corroborating the account of Ohwesiri, the Publicity Secretary of Delta State Vigilantes Group, Evangelist Lucky Akeni, described the rescue mission as a war-like.

He said the kidnappers, numbering eight, were all armed with AK47 and bags of ammunition.

“It takes the divine intervention of God and the Nigeria Army to rescue the victims from their captors’ den.

“Ododegho forest could be best described as Sabimsa forest of Delta State,” he averred.

The duo of Ohwesiri and Akeni have both called on both the state and the Federal Government to provide logistics to the vigilante security outfit, and commended the chairman of Ughelli North LGA boss for his supports for Vigilantes in the council area.

It will be recalled that since the tactical withdrawal of services by members of the Nigeria Police from the streets, leading to a surge in criminal activities, individuals like the chairman of Ughelli North LGA, Adode Tete, has taken the bull by the horn by providing logistics to soldiers and vigilantes in the area to check the activities of hoodlums.

Meanwhile, the Police Public Relations Officer of the Delta State Command of the Nigeria Police, Onome Onovwakpoyeya, could not be reached for comment on the incident.