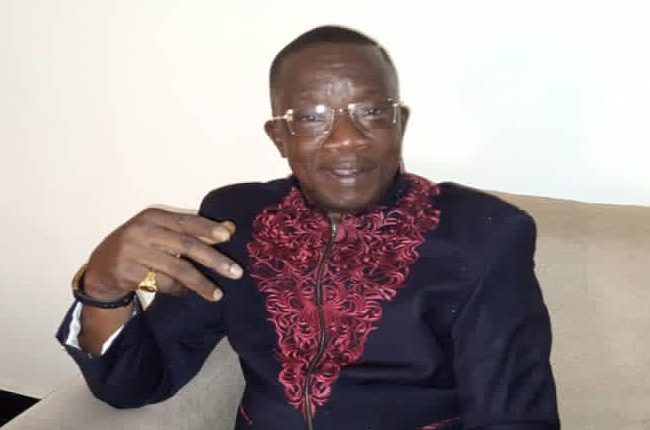 Members of the National Assembly from the Niger Delta are not able to work together for the interest of the region particularly on the Niger Delta Development Commission (NDDC) because of party affiliation, a chieftain of the ruling All Progressive Congress (APC), Lekan Jackson Ojo, has alleged.

Speaking to reporters in Abuja at the weekend, he observed that despite the problems bedeviling the Commission, the lawmakers have been unable to rise beyond partisan considerations to enable the NDDC to be revitalized.

According to him, whenever issues concerning the NDDC are brought before the National Assembly for consideration, they are shot down by Niger Delta members because they may have been raised by members of the opposite party.

He said the APC, unfortunately, cannot do anything about it, saying: “So, APC has nothing to do today. What matters most is the people of Niger Delta that are bearing the consequences. They need to come together, all the governors of the Niger Delta regardless of their political affiliations.

“If you look at it, there is no governor today in the Niger Delta that belongs to the ruling party. So, instead of them to come together backing up the issue of Niger Delta, they are not doing that because they think Akpabio will take the glory.

“Some of the senators representing the nine states of the Niger Delta today, some of them are PDP. So, when APC senator from Niger Delta raised an issue, a developmental issue, PDP senators will not support same. This is wrong. They need some level of political understanding.”

“If you are talking about APC or the leaders in the Niger Delta concerning this matter, it will not yield any positive result. Today the APC caucus in Niger Delta is not together. They speak from different points of view,” he added.

Ojo, who is also a certified member of the International Security Association, Switzerland, regretted that the NDDC had been mismanaged in the past with contracts allegedly issued and payments made 100% to contractors who never knew the site of the projects.

He also affirmed that honest contractors who had implemented their jobs in full had not been paid after up to 10 years of such work because they are not connected in high places.

Ojo remarked that this is what the Minister of Niger Delta Affairs, Godswill Akpabio, is trying to address and facing resistance from some groups including the Reformed Niger Delta Avengers.

He stated: “NDDC is an intervention agency but this is an agency whereby some persons are taking contracts running into billions and they never know the contract site and they will be paid 100%, whereas some people borrowed money from the bank and have completed their contracts for the past 10years and they have not been paid.

“And Akpabio has come and said no, it cannot be business as usual. Let me replicate what I did in my state for 8years, here since the opportunity has been given to me as a minister of Niger Delta Affairs.

“Akpabio is saying if ten kobo is budgeted for this place, we must spend it judiciously. This is why they are not happy with him. He pushed for the forensic audit of the place and Mr President agreed. That is how Akpabio stepped on toes.

“We must be careful because if oil production stops in the Niger Delta, the economy of this country will be grounded and when it is grounded, it will affect entire Africa.”

He said the threat of the Reformed Niger Delta Avengers against Akpabio’s defence of the 2021 NDDC budget was uncalled, saying that the grotto should rather be called for an increased in the allocation.