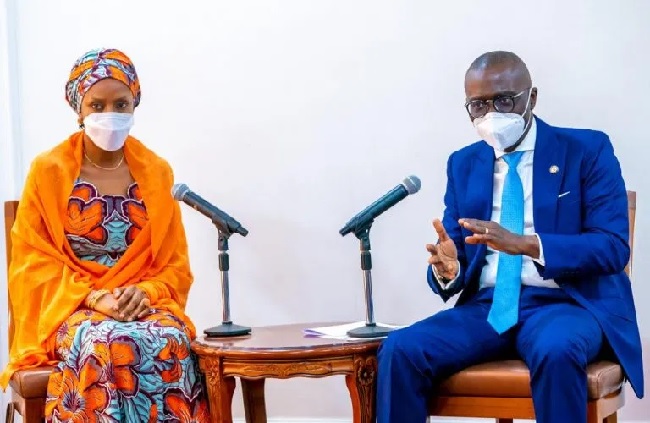 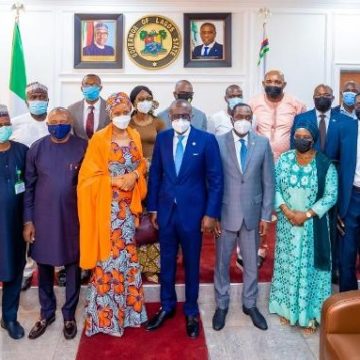 Lagos State government and the leadership of Nigerian Port Authority (NPA) has recorded major progress in an effort to proffer a lasting solution to the menace of trucks causing gridlocks in Apapa, disclosing that come Saturday, movement of trucks in and out of the Lagos seaports would now be organised through a transparent electronic call-up system that would be based on the first-come-first-serve basis.

This was just as they warned that any truck that flouts the electronic roster and park along the Apapa corridor would be impounded by the Taskforce already set up by the Lagos State government.

With the new system, no container-laden truck is expected to go on the Apapa corridor without clearance from the call-up platform.

Governor Babajide Sanwo-Olu made this known on Tuesday, when he received the NPA Managing Director, Mrs Hadiza Bala Usman, in the audience at the State House, Alausa.

The governor, who expressed optimism on the transparent electronic call-up system, said the move was the beginning of the end of Apapa gridlock.

According to him, the call-up platform would be complemented with virtual dashboards that will be placed in strategic locations around the seaports, where all stakeholders will monitor the scheduling of container movement.

Sanwo-Olu lauded NPA for the innovative approach towards tackling the truck menace around ports, pledging that the state government would sustain the effort with strict enforcement of traffic regulations along the Apapa corridor.

“This is the beginning of a better journey time for our citizens within the Apapa seaports and environ. This electronic system has a limited interface with security operatives and unions, which usually cause the gridlock problem. It will be a simple case of possessing electronic clearance. If you don’t have it, you don’t have any reason to be around the seaports.

“In enforcing the new regulations, we are deploying more than enough towing vehicles to impound erring trucks. The huge amount to be paid as a fine for flouting the call-up system will be a deterrent for drivers not to repeat it. The stakeholders need to understand we are serious about ridding Apapa of the menace that has brought pains to our citizens living and doing businesses along the corridor,” the governor stated.

The governor said the state government would be deploying 500 officers of the Lagos State Traffic Management Authority (LASTMA) to work collaboratively with NPA and enforce the new call-up regulation, directing the state’s agency not to spare any effort in achieving free flow of traffic in Apapa.

He said the state was working out a collaboration between the Federal Road Safety Corps (FRSC), Vehicle Inspection Service (VIS) and NPA to ascertain the roadworthiness of trucks before leaving their stations to the seaports, noting that this was to check truck accidents on the highways.

This was just as he said there would be a regular review of the call-up system for the sustenance of the progress and optimised performance, opining that a better living experience could be brought back for Apapa residents through the new system.

“We can bring back a better living experience for Apapa residents through the new system and have better traffic movement on routes in the area. Lagos Government is fully committed to ensuring all points we have agreed on will be implemented and get all relevant support,” Sanwo-Olu assured.

Ms Bala Usman said the visit to the State House was to brief the governor on the status of the electronic call-up platform before it would be fully launched, pointing out that the development underscored NPA’s commitment towards ending the menace of trucks around the seaports.

According to her, part of the advantages of the new system was the creation of eight approved parks where all trucks must first be stationed before being electronically called into the seaports, saying the electronic system had addressed the excuses usually given by truck drivers for parking their vehicles on the highways, stressing that any truck found around the ports without electronic clearance would be impounded.

“The deadline for the commencement of the electronic call-up system is February 27, 2021, and we are here to strengthen collaboration with the Lagos State government on implementation and compliance as we commence the process. The new system will be done in collaboration with the state. We have worked seamlessly to ensure Apapa is rid of the menace of trucks.

“All truck owners and stakeholders have been briefed about the new development over the past months. Any truck found in Apapa corridor without call-up clearance will be impounded and Lagos Government will provide the platform with which any fine payment will be collected,” the NPA boss said.