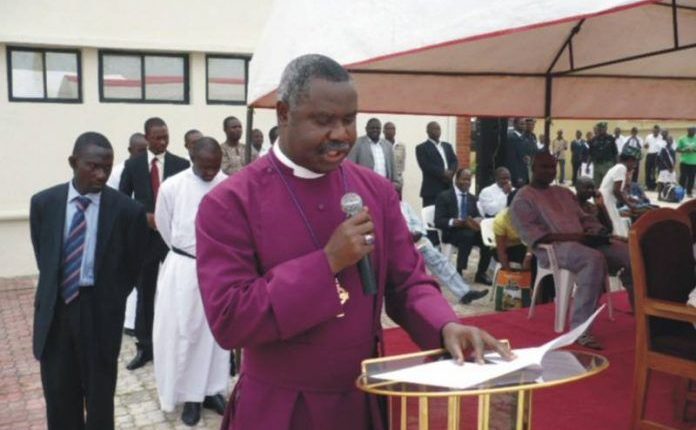 Archbishop of Province of Lagos (Anglican Communion), Most Reverend (Dr) Michael Fape, has called for caution over the implementation of sections 839(1) and (2) of the newly-signed amended Companies and Allied Matters Act (CAMA 2020).

Fape, who is also the Bishop of Remo Diocese, urged the Federal Government to look critically into the said sections which provided that the Registrar-General of Corporate Affairs Commission (CAC) and supervising minister can empower agents of government to suspend the trustees of non profit organization such as churches and appoint interim manager or managers to coordinate their affairs where it reasonably believed that there had been misconduct, mismanagement or fraud.

He said this in his charge at the opening ceremony of the First Session of the 13th Synod of the Diocese with the theme”: “Growing the Church of God through a godly generation,” held at the Cathedral of St. Paul, Makun, Sagamu.

Most Reverend Fape said that the CAMA Act is not a bad idea in itself, saying it would help in the ease of doing business while the application to non profit organisation must be well understood and applied with caution.

“If the CAMA Act is implemented the way it is now, it will surely be violation of religious freedom. It is our belief that this law should be cautiously handled to avoid backlash that could be detrimental to the polity of our nation,” he said.

The cleric called on the government at all levels to, as a matter of urgency, address the inadequacies in the nation’s health sector, saying that the global COVID-19 pandemic had again brought to the fore the pitiable and degrading condition of health care facilities across the country.

He said the country’s handlers should see the challenges thrown up by the pandemic as a wake-up call to revive the health sector and restore its glory of yesteryear.

Fape also called on the Federal Government to tackle all forms of insecurity bedevilling the nation including Boko Haram insurgency, herdsmen and the killings in Southern Kaduna where the residents are predominantly Christians.

“The government cannot claim not to know what to do to arrest the situation except that someone or some people are trying to play politics lacerated with religious bigotry. The earlier permanent solutions are found to this heartless killings and senseless destruction of properties, the better,” Fape said.

Reverend Fape lauded the efforts of the Governor Dapo Abiodun of Ogun State to deliver on his electoral promises especially in the area of security, housing, food production with his deep commitment in agriculture.

He noted that the efforts of the governor in road and school building construction are well appreciated, while his decision not to sack over a thousand workers employed by his predecessor about a month to the end of his eight years tenure deserved commendation.

Fape urged Abiodun to keep using his wealth of experience as a very successful entrepreneur to turn around the fortunes of Ogun state for good and make it investment destination of choice both internationally and nationally.

Lagos govt to police: Halt incessant harassment of Nigerians by some of your men