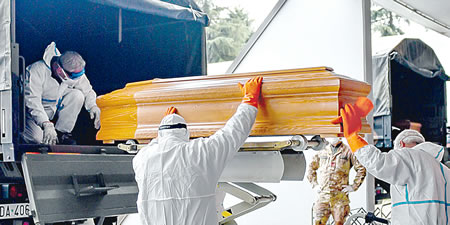 An American conductor, Kevin McCutcheon has died from COVID-19 at the age of 66, the German Opera (Deutsche Oper) in Berlin said on Monday.

The conductor, who over decades came to shape the sound of the German Opera, died during the night.

McCutcheon came to the German Opera at the aged of 30, but was originally from Johnstown, Pennsylvania, in the United States.

In Berlin, he worked with solo musicians and was responsible for productions of the children’s and youth musical theatre as well as contemporary opera.

He also collaborated with other orchestras in Berlin and around the world.