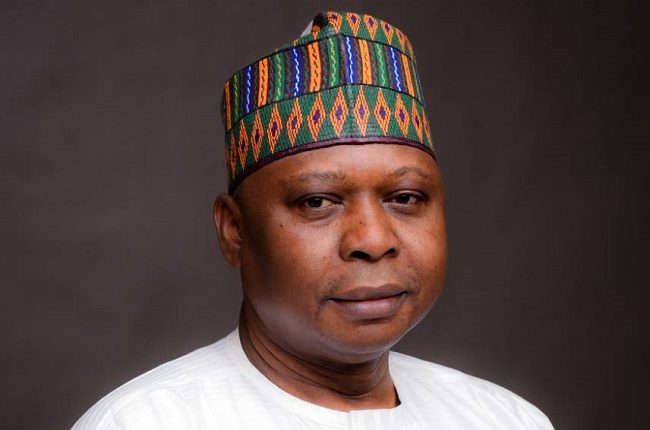 A witness of the Economic and Financial Crimes Commission (EFCC), on Thursday, told a Federal High Court in Abuja how the sum of N159,104,000 meant for the sensitisation of Muslim youths was allegedly diverted by a former Minister of Special Duties and Inter-governmental Affairs, Kabiru Tanimu Turaki.

The former minister, his special assistant, Sampson Okpetu and two companies: Samtee Essentials Limited and Pasco Investment Limited are being prosecuted on a 16-count charge of fraud of about N714, 670, 014.87.

Led in evidence yesterday by the prosecution counsel, Mohammed Abubakar, the witness, Bello Hamma Adama, who is the 12th so far called by the anti-graft agency drew the attention of the court to the statement of the second defendant (exhibit C1-C2 on page 8) in which he admitted transferring the said sum on the instructions of the first defendant.

According to the second defendant, “My boss’ name is Kabiru T. Turaki, and he gave me the instruction to transfer the money into Abdulrahman Yusuf and K.T Turaki and Co. firm. The instruction was verbal.

“I don’t know what Abdulrahman did with the money, I also don’t know what my boss had done with the money. I was only instructed by my boss to liaise with Engineer Kabiru to make sure the job was executed. I transferred some money into Engineer Kabir’s account, an account I can’t remember, for the execution of the contract,” the second defendant had stated in his statement.

The witness, an operative attached to the Chairman’s Monitoring Unit of the EFCC, noted that “the money was received from the Ministry of labour, and the first defendant was then the supervising minister of the ministry and part of the money went back to him, and the second defendant made a statement before his lawyer that the contract was given at his boss’ (Kabiru T Turaki) instruction, and he transferred part of the money to his boss and his business partners, all on his instruction.”

Bello also told the court that the first defendant confirmed that he was the Minister of Special Duties and Intergovernmental Affairs as well as supervising Minister for the Ministry of Labour within the period of the investigation.

The trial judge, Justice Inyang Ekwo thereafter adjourned the matter till April 19, 20 and 21, 2021 for cross-examination of PW12 and continuation of trial.

The data also showed that the tally of 100 deaths last week shows there is a sharp increase when compared to the 69 deaths recorded in the previous week…Alleged N714m scam: Witness tells court how N159m was traced to Turaki’s account

We can only stop circumcising girls, boys, if… ― Circumcision descendants