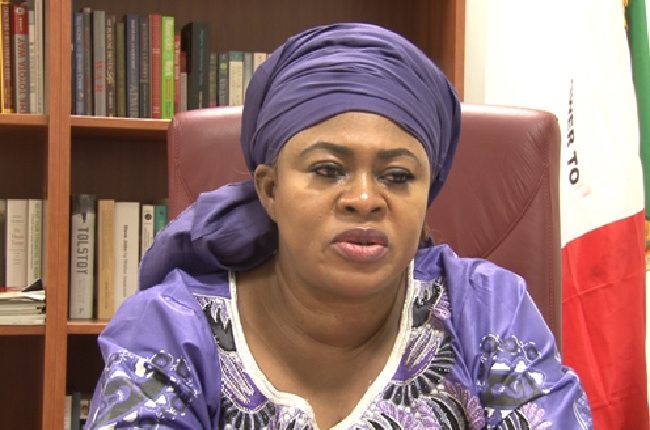 The arraignment of a former Minister of Aviation, Senator Stella Oduah, at the Federal High Court sitting in Abuja, was, on Monday, stalled due to the inability of the Economic and Financial Crimes Commission (EFCC) to serve two defendants in the matter.

When the case was mentioned before Justice Inyang Ekwo of the Federal High Court in Abuja, counsel to the anti-graft agency, Dr Hassan Liman (SAN), told the court that the fifth and sixth defendants in the matter were yet to be served with the processes of the court.

In view of that development, Justice Ekwo adjourned the matter till April 19, 2021, for the former minister and her co-defendants to take their plea.

Oduah, who is the senator representing Anambra North Senatorial District at the National Assembly, will be arraigned over allegation of fraud alongside eight others.

The anti-corruption agency is alleging that Oduah misappropriated public funds to the tune of N5 billion while serving as Minister of Aviation.

“Please do not talk to my father. He is yet to come to terms with the death of his son. It is a most tragic experience. How does one quantify the loss of a dear brother? My brother was killed like an animal by two herdsmen. His offence was that he asked them to drive their cows off his already cultivated farmland,” Bisi Olaosepin, whose brother was hacked to death, struggled to hold back his tears as he relayed to Sunday Tribune the horrible experience that culminated in the passage of his brother…Alleged fraud: Arraignment of former Aviation Minister, Stella Oduah, stalled