All eyes are on you, Sultan tells Northern governors 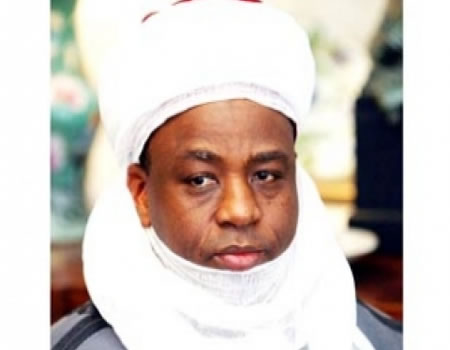 The Sultan of Sokoto, Sa’ad Abubakar has said all eyes are on the Northern Governors to liberate the region from the scourge of criminals.

Speaking in Kaduna during the Northern governor meeting on Thursday the traditional ruler said the region has suffered from insecurity for too long.

‘I would like to condole with our people who have suffered from this insecurity in Katsina, Niger, and other parts of the north and to also commend our northern Governors who went to different places to condole or to stand in for the people of the north.

“You were physically in areas like Ondo State, Oyo State, and in Niger State. I would like to commend you for that show of patriotism to our people and ask you to do more because all eyes are on you like the political leaders of this great north.

“Our coming together has always provided us with an opportunity to interact on issues that affect our people and our region.

“You know there have been many problems and people outside there would not know what the Governors were doing.

“But listening to the Chairman and the committees providing inputs to this gathering to deliberate and come up with solutions To solve the various problems.

“Now the Governors are trying to build, it will take time, but the people must be patient. But people are asking how long should we have to be patient.

“I know people are in a hurry, so the Governors too must be in a hurry to do their best.

The British Parliament at the Westminster Hall held a debate on ‘e-petition 554150, relating to Nigeria and the sanctions regime’ on Monday. The government of the United Kingdom has however responded…All eyes are on you  All eyes are on you

The surprise visit made on Friday night by the leaders of the ruling All Progressives Congress (APC) to former President Goodluck Jonathan at his residence in Abuja triggered a stir in the major political camps, resulting in at least four possible theories..All eyes are on you  All eyes are on you