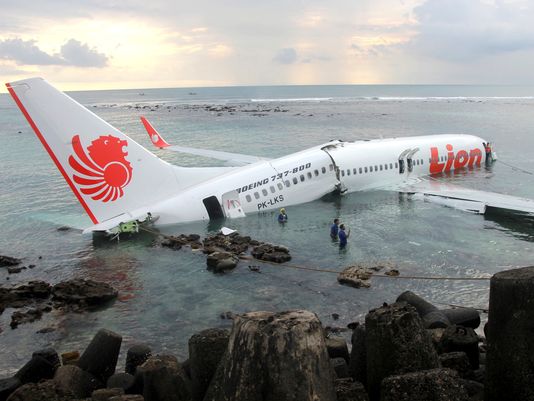 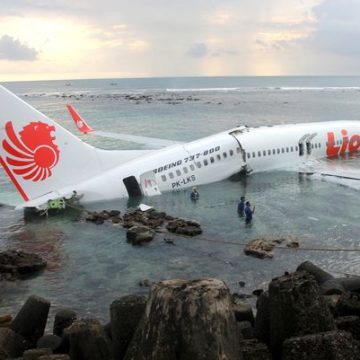 An Indonesian airliner has crashed into the sea with 189 people on board.

The Boeing 737, owned by the low-cost airline Lion Air, went down after taking off from the capital Jakarta BBC reported.

Flight JT 610 was headed for the western city of Pangkal Pinang. Rescuers have recovered some bodies and personal items, including baby shoes.

There is no sign of survivors. The cause of the crash, which involved a plane that had been in operation since August, remains unclear.

The incident is reported to be the first major accident involving a Boeing 737 Max – an updated version of the 737.

“We need to find the main wreckage,” said Bambang Suryo, operational director of the search and rescue agency. “I predict there are no survivors, based on body parts found so far.”

It was due to arrive at Depati Amir airport in Pangkal Pinang an hour later but 13 minutes into the flight, authorities lost contact.

The pilot had asked to return to Jakarta’s Soekarno-Hatta airport, officials say.

Lion Air Chief Executive Edward Sirait said the plane had an unspecified “technical issue” on a previous flight, but he said that this had been “resolved”.

The airline operates 11 Boeing 737 Max 8 planes but the others have not had a similar technical problem and there is no plan to ground the fleet, he added.

The head of Indonesia’s disaster agency, Sutopo Purwo Nugroho, has tweeted images of debris and personal belongings that came from the aircraft and had been found floating in the sea.

He also shared a video he said had been taken from a tugboat off Karawang, just east of Jakarta, which appeared to show floating debris and an oil slick.

Relatives of those on board are waiting anxiously for any news at a crisis centre at Jakarta’s Halim Perdanakusuma airport, their faces stained with tears.

At a desk under a white tent, Lion Air staff are taking down their details. At the top of the forms, they are asked to specify their relationship to the missing – husband, mother, child.

Murtado Kurniawan’s wife was on the plane. They are newly married and she was making the journey for work.

“I can’t live without her, I love her,” he says through tears. “The last thing I said to her, was ‘be careful’. I always worry about her when she goes away. When I saw on TV that the plane had crashed, my whole body went weak.”

No survivors after Ukrainian airliner with 176 aboard crashes in Iran