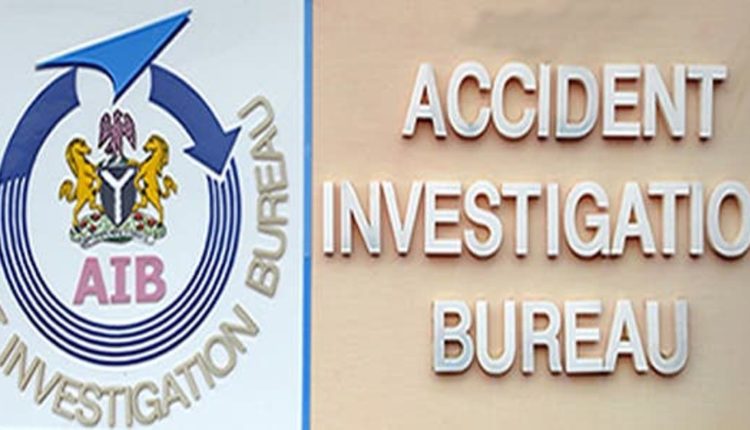 The latest four reports released include the Accident involving a Tampico TB-9 aircraft owned and operated by Nigerian College of Aviation Technology (NCAT) with nationality and registration marks 5N-CBJ, which occurred at Zaria Aerodrome, Kaduna State on September 26, 2018;

Report on the Accident involving a Boeing 737-282 aircraft owned and operated by Chanchangi Airlines Ltd with nationality and registration marks 5N-BIG, which occurred at Port Harcourt International Airport on July 14, 2008, was also released.

Report on the Accident involving a Beechcraft C90 aircraft with nationality and registration marks N364UZ owned and operated by Shoreline Energy Intl Ltd, which occurred at Barakallahu Village near Old Kaduna (Military) Airport on May 24, 2011, and report on the accident involving a Boeing 747-200 Aircraft operated by Veteran Avia Airlines Limited with nationality and registration marks EK-74798, which occurred at Nnamdi Azikiwe International Airport Abuja on December 4, 2013, were also released.

Giving the synopsis on the accident involving Tampico TB-9, the bureau said: ‘”Accident Investigation Bureau (AIB-N) was notified of the accident at 10:10 h on the day of occurrence by the Nigerian College of Aviation Technology (NCAT) through a phone call. Safety Investigators were mobilized and arrived NCAT at about 18:30 h on the same day.

The causal factor responsible for the Tampico crash according to the findings of the bureau include the late
decision to initiate a go-around after touchdown which resulted in the loss of directional control of the aircraft after landing.

The contributory reason was attributed to the inappropriate control inputs during landing roll intermittent interruptions in the training programme.

The bureau in the safety recommendation made, called on Zaria aviation college to ensure that “where there are gaps in student pilots’ training, Policies and Procedures should be put in place in the training programme so that the students are brought up to speed in both theory and practice.”

The causal factor for the crash involving the Boeing 737-282 belonging to the defunct Chanchangi airline included the decision of the pilot to land following an unstabilized approach (high rate of descent and high approach speed). A go-around was not initiated.

One of the contributory factors was traced to the deteriorating weather conditions with a line squall which prevented a diversion to the alternates coupled with the runway that was wet with significant patches of standing water.

The causal factor for the crash of the Beechcraft C90 operated by Shoreline Energy International Limited (SEIL), was traced to the inability of the pilot to control the aircraft to landing due to inadequate power to enable the pilot to maintain the appropriate approach profile (height, speed and glide path) to cover the required distance to threshold.

Causal factors for the accident involving the Boeing 747-200 operated by Veteran Avia Airlines among others was that the crew was not updated on the information available on the reduced runway length while the contributory factors included lack of briefing by Saudia dispatcher during pre-flight.

Describing the timely release of reports as very important to the Bureau, the Commissioner promised to release additional three final reports before the end of the year.