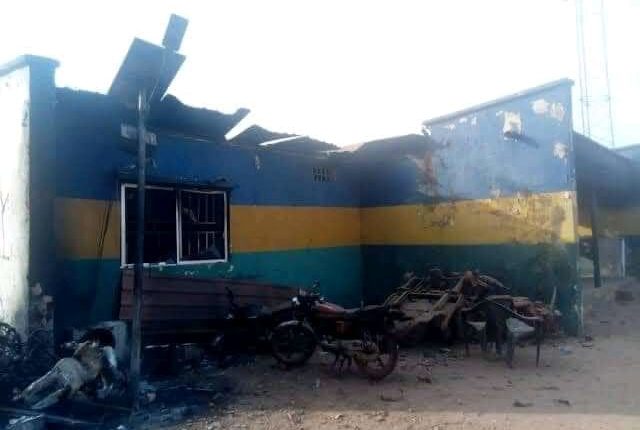 A serving police sergeant has been killed in Ebonyi State when gunmen attacked and set ablaze Ohaukwu Police headquarters at 135 Ezzamgbo, Ohaukwu local government area of the state.

Gunmen invaded the station at about Sunday night during which they also burnt vehicles at the station. 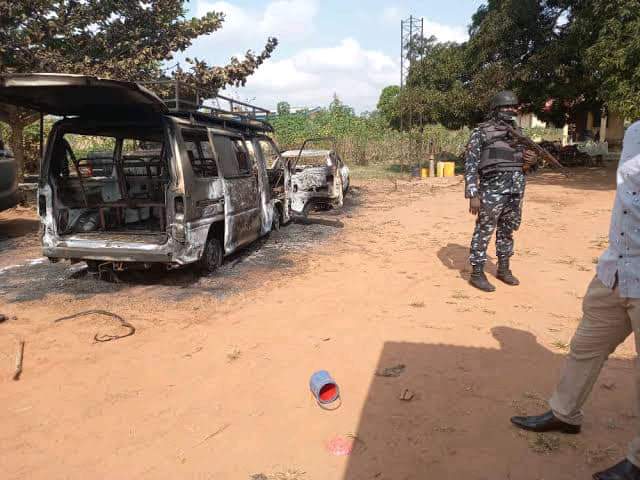 According to her “about 23hrs, yet-to-be-identified gunmen came to Ohaukwu Divisional Headquarters to attack the men and officers on duty and they were repelled. In the process, one police officer, a sergeant paid the supreme price.

“The threw petrol bomb into the station and unfortunately, it got one of the patrol vehicles and exhibit vehicle parked at the place.

“The commissioner of police has visited the station for on-the-spot assessment of the area. He has met with the community leaders.

“This is the first time we are experiencing such a thing and the non-state actors being the vigilantes and all those security outfits are of great assistance to the police. It is a very surprising thing to us, we don’t expect any attack,” she said.