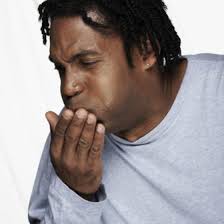 Another set of 56 persons have reportedly contracted the “strange disease” allegedly from a poisonous drink at Geangwan Village of Rogo Local government area of Kano State.

Residents of the Gwangwan village are now said to be in apprehension as victims of the “strange disease” vomit and urinate blood.

A councillor from the village, Muhammad Tukur, said six places within the village were affected.

“We rushed no fewer than 30 people to the Rogo General Hospital within a day of the outbreak.

“So far, only one person has died as a result of the outbreak. Most of the victims of the disease have complained of spending a lot of money on the disease,” he explained.

Also, Shehu Adamu whose two kids have been affected complained that he has so far spent over twenty thousand naira in the hospital trying to get them treated despite the hard times they are facing financially.

Mala Idris Isah Jibrin said he is completely devastated because his family including his wife, mother and children cannot even stand on their feet as a result of the severity of the disease.

Speaking in the same vein, a staff of the village clinic, Abubakar Rabiu said that the disease is beyond what they can handle at the clinic, adding that this was why the victims were referred to Rogo Hospital.

However, an official at the Rogo Hospital who preferred anonymity, said they were not aware of any disease outbreak in the area.

Malam Sulaiman Ilyasu who is the person-in-charge of disease outbreak at the Ministry of Health in Kano said the ministry received a report of the outbreak but only four people were affected and have since been treated.