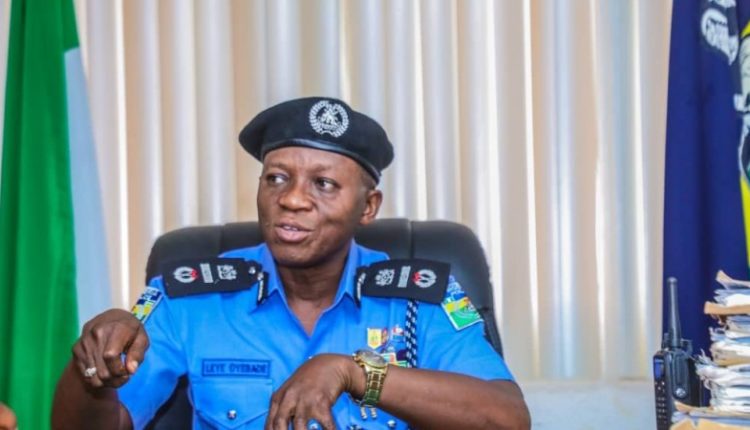 Retiring Deputy Inspector General of Police in charge of Research and Planning, Mr Leye Oyebade, has charged police personnel, especially aspiring police officers, to see the uniform as a mark of “good character.”

Oyebade made the remark on Tuesday at the Pulling Out Parade for his retirement after attaining the mandatory 60 years of age.

Oyebade, while making his remark at the occasion, said that he had a fulfilling 34 years of serving the Nigeria Police Force.

DIG Oyebade said: “I am elated and full of gratitude as today marks the end of a fulfilling career as a police officer. It is also my 60th birthday. I would have served for 35 years on the 1st of February 2021.”

The retiring police chief added that “the Nigeria Police Force groomed me to become a full man and a professional law-enforcement officer with excellent training in and out of the country.

Alhaji Smith said: “Leye has been close to many of us because he happened to be a very sound officer. Not only knowing very well the police duties, he was also a very good administration and a good ambassador of the force.”

Another former Inspector General of Police, Sunday Ehindero, also commended the retiring DIG for distinguishing himself while in service.

The former IGP said: “It was in this college that I trained Leye and about 80 others in 1986. It is not a coincidence that he is having his pulling out parade at the same police college.”

Adeboye described Oyebade as a very dedicated man of God.

The cleric, who was represented by Pastor Johnson Odesola, also stated that the retiring DIG served the church at the top level.

Sokoto targets 20% of residents under contributory health scheme for 2021