Activating feminine voice in the media

Wondrous World of Women
By TUNDE OGUNESAN On Jul 18, 2018 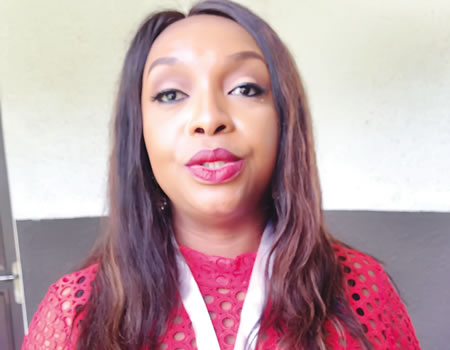 Recently, over 300 women gathered at the Conference Centre, University of Ibadan, to mark the second edition of African Women in the Media (AWIM) conference. TUNDE OGUNESAN, who attended the conference, reports.


IT was a conference of media gurus. Women who had paid their dues in the media world, from core print to broadcast journalism, the film industry, online media and the academia, attended the conference.

The event, tagged #AWIM18, was the brainchild of an award-winning female journalist, Dr Yemisi Akinbobola, put together about two years ago while she was writing her doctoral dissertation. Her vision, she said, became a reality during a research work on supportive networks for women working in the media industry. Since the first edition held in the United Kingdom, Akinbobola has surged ahead to market issues and matters affecting women in the media industry in Africa.

According to Akinbobola, whose investigative report exposed trafficking of young West African football hopefuls by fake agents won her the CNN African journalist award (Sports reporting) in 2016, the show is an avenue for media experts, scholars and operators, especially the women folk, to bare their minds, set agenda and come up with plans of action to free women from male perceptions.

AWIM18 was a sort of Mecca for African women in the media world. The list was endless and intimidating. The choice of location-Ibadan, unprecedentedly, clearly exposed the doggedness and clear vision of the founder to announce her resilient arrival on the global scene.

The conference with the theme “be visible to inspire” was, to many participants, a timely platform for women to speak on the   perceptions of their sex in the industry.

The speakers included an array of international experts and personalities whose appearance underscored the objective of the founder. From the media industry, the list of the panelists was rich, from academics to media experts and trainers from around the continent.

The two-day event touched on the challenges and prospects for action for African women in the media industry. Across sections, the participants could not hide their feelings about such a gathering which, according to them, would prove pivotal in making the African continent better.

Expressing high expectations on the network and summations of their presentations, some of the panelists, from the media and academia, thumbed up the organisers of #AWIM18 for the initiative.

Navy appraises readiness of personnel, platforms ahead of 2019 elections in N/Delta

Women must create capacity for themselves —Rotary District Governor

I bought a wedding dress that wasn’t my size, to shed weight —Azeezat Oluwakemi