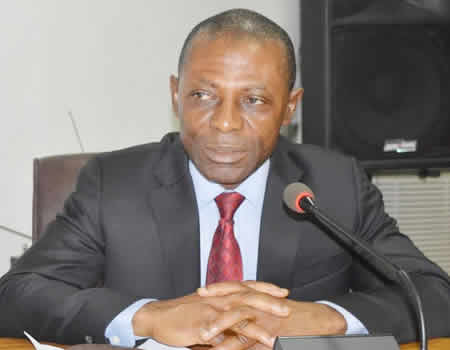 Ayine disclosed this and other infractions in his 2017 Audit Report submitted to the National Assembly just recently.

Ayine said “we relied on third-party account balance confirmation provided by CBN alongside the balance contained in the Statement of Financial Position to arrive at the following findings:

“A comparison of the names of accounts listed in the financial statements and those shown in the CBN account balance confirmation letter indicates that there are 19 accounts while the CBN list acknowledged only four accounts.

“There was also a TSA e-collection account in the CBN Statement but this was not shown in the financial statements.”

Ayine also spotted errors in the operation of TSA, and improper inclusion of TSA Suspense Balance as Investment Income as

The report described the inclusion of the TSA Settlement Centre balance as part of Investment Income in 2017 is inappropriate because this may indicate a material misstatement of balances in the Statement of Financial Performance.

The Accountant General was also unable to explain inadequate disclosure of Aids and Grants amounting to N6.6 billion.

“There was no information about the donors or the recipient MDAs to verify the occurrence, accuracy or completeness of the transaction”, the report stated.

Ayine said although the Accountant-General was requested to provide the list of donors and benefiting MDAs, “no response was received as at the time of this report.”