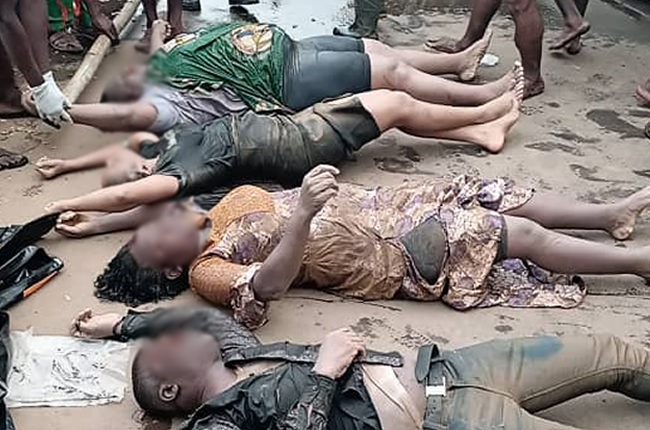 Following a fatal accident involving a 608 coaster bus with registration number UKP 78 XA at Ivo River in Ivo local government area of Ebonyi State, the corpse of CSP Livinus Mbah Rtd and two others have been recovered by Police in the state.

According to her, the bodies have been deposited at Martha memorial hospital Afikpo for preservation.

She further added that efforts are being put to place to rescue the remaining missing persons.

“Three (3) more corpses have been recovered, among them is the lifeless body of CSP Livinus Mbah Rtd, making a total number of twenty-three (23) victims.

“The corpses have been deposited at Martha Memorial Hospital Afikpo for preservation. Effort is on to recover the remaining ten (10) persons,” she said.

Recall that on Friday, a 608 coaster bus with 32 members of the Christ Peculiar Church of Nigeria Enugu State branch plunges into Ivo River while returning from a burial ceremony at Nguzu Edda in Afikpo South LGA of the state.

Tribune Online reports that 14 corpses were recovered (7 females and 7 males) together with the 608 vehicle on Saturday. This is in addition to the first five recovered on Friday.