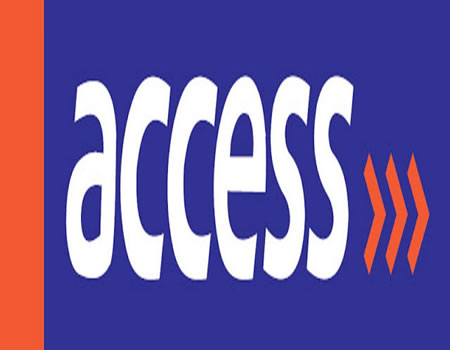 SHAREHOLDERS of Access Bank Plc, yesterday approved a total dividend of N14.463 billion declared by the bank for the financial year ended December 31, 2018.
The shareholders gave the approval at the bank’s 30th Annual General Meeting held in Lagos on Thursday.

Shareholders at the meeting commended the board and management for sustaining dividend payout policy, noting that its merger with Diamond bank has brought a smile on the faces of shareholders of both banks.

National Coordinator, Independent Shareholders Association of Nigeria (ISAN), Sir Sony Nwosu who spoke on behalf of other shareholders at the meeting applauded the board for a successful merger with Diamond.

He frowns over the charges imposed on banks by Assets Management Corporation of Nigeria (AMCON) and other regulators, saying it has become a major concern to investors in recent times.

He expressed the need for shareholders to organise themselves in such a way that they can direct their complaint to the government and regulators on the issues affecting banking business in the country.

She stated that “In January 2018, we began the implementation of another five-year strategy. A key aspect of our intent over the next five years is to build a large diversified bank, by consolidating our wholesale franchise and embedding ourselves firmly in the retail market.”

She also noted that the bank’s merger with Diamond Bank Plc, will create the required scale, customer base and support our desire to achieve a wider reach across the continent.

According to Belo-Olusoga, the combination will provide us with an increased physical presence and payment capabilities in relevant countries.

“The combination will significantly fast track the achievement of a number of our strategic intents in the short term. It provides us with a competitive advantage that will withstand the realities of market uncertainties while ensuring sustainable revenue in the years ahead.”

Also, the Group managing director/ chief executive officer of Access Bank, Hebert Wigwe said that money deducted from the banks’ profit was designed specifically to support the growth of Small and Medium Scale Enterprises and other sectors in an effort to boost the economic development of the country.

Wigwe said that the bank began implementation of its five-year strategy with a focus on retail banking growth, adding that the quarterly contribution of the segment to group profits during the year assured that the strategies and investments were prudent.

He added that “Our ongoing collective efforts to deliver exemplary value will be paramount in guaranteeing our profitability and the long-term sustainability of our business.”

Businessman in court over failure to produce suspect