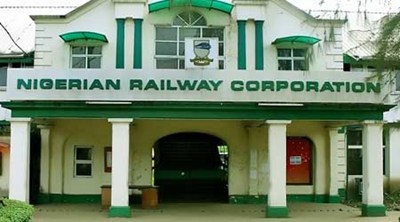 The corporation also revealead that it cost the federal government N1.7 billion ($4.7 million) to construct each kilometre of the186km Abuja-Kaduna rail project.

Of the $874 million total cost of the project, Nigeria took a loan of $500 million from China Export-Import Bank.
Managing Director of NRC, ‎ Fidet Okhiria said 2018 recorded increase compare to 2017 that the service generated only N16 million per month.

Okhiria also lamented that despite the increase in revenue, the corporation was yet to break even as it was spending over N100 million monthly as the running cost for the service. ‎

“When we started, we were earning about N16 million and spending about N56 million, but right now, we can comfortably say we earn over N80 million although we still spend over N100 million, which is closer to breaking even.

“By the time we have more coaches and run more trains, I think the expenses will reduce and more patronage will come in.

“The issue we have now is that we only run passenger trains; we don’t have freight to move from Kaduna to Abuja,’’ he said. ‎

Okhiria said maintenance of service is expensive, noting that train stations were run on generators, lamenting the high cost of purchasing for this diesel for generators at the train stations. ‎‎

“If we are able to link up with some people to move freight, we will be able to break even because presently, by the time we inject power from the public power supply, I think our expenses will also come down. ‎

“Right now, all our stations are being powered by generators for 24 hours, we buy about 99,000 litres every month to power those generators; so, it eats deep into our expenses.

“But by the time we are able to connect to the public power supply which we hope by this month will be done, the cost of buying diesel will drastically reduce and then, we can break even.’’

He said that in 2018, the number of train trips also increased from four to eight, adding that 10 more coaches would be deployed on the route.

The MD concluded that the goal was to run an hourly train service on the route as Nigerians become more confident in the service. ‎

The railway with nine stations along its track has a designed speed of 150km per hour and is the first segment to be implemented as part of the Lagos-Kano standard gauge project.

When it begins operations, the cargo trains with capacity for 800 tons of goods are scheduled to travel for on and half hours according to Railway International although the Federal Government said travel time has been limited in deference to cattle that may be crossing its tracks.

Conceived by the Obasanjo administration, track laying for the single standard gauge line was launched in July 2013 by President Goodluck Jonathan but commissioned by President Muhammadu Buhari on July 26, 2016.