AAU lecturers kick against transfer of suit to Benin 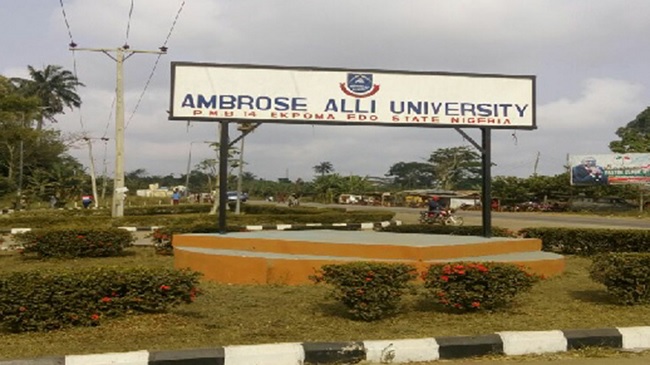 Obamogie insisted that no cogent, convincing or compelling reason has been advanced by the state government for the said transfer of the suit which is presently pending before the Ekpoma Division of the Edo State High Court.

He argued that the claimants, third, fourth and fifth defendants are residents or based in Ekpoma within the Ekpoma Judicial Division of the High Court of Edo State, adding that the university town is, therefore, the forum convenient.

He further said amongst others that the subject matter of suit relates wholly to the state-owned university within Ekpoma Judicial Division which is less congested than the Benin Judicial Division of the High Court of Edo State.

Consequently, the suit can be heard more expeditiously in Ekpoma than Benin; Judges of the High Court of Edo State ply the Benin-Auchi Road to sit at Ehor, Ekpoma, Uromi, Ubiaja, Auchi, Fugar, Agenebode, Igarra, Afuze and Sabongidda-Ora. The Almighty God has been protecting them and the counsel that appears before them and by His grace, He will continue to do so.

Obamogie said that it was cause for concern that up to date, the defendants are yet to file their counter-affidavit and written address in opposition to the claimants’ originating summons filed on 8th November, 2021.

According to him, the defendants who are in default of filing their processes cannot be heard to be asking for a transfer of the suit.

Vexed over the amendment of the University Law, the local chapter of the union had in Suit NO HEK/MISC/9/2021 approached the court to among other things determine whether the provisions of the AAU (Special Interventions Law, 2021 are not in conflict with section 21 of the Education (National Minimum Standards and Establishment of Institutions) Act, 2004, paragraph 6(2) of the schedule to the aforesaid Act and the Guidelines issued by the National Universities Commission for the establishment and management of Universities in Nigeria and consequently, invalid, null and void and of no effect whatsoever.

The union is also seeking a declaration as to whether the AAU (Special Intervention Powers) Law, 2021 is not a direct negation of the avowed traditional university autonomy guaranteed by section 21 of the upon the Education (National Minimum Standards and Establishment of Institutions) Act, 2004.

Ayade promises to review cost of oil production as President