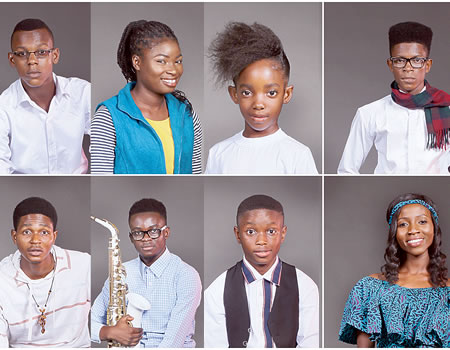 The magic run continued as eight contestants from the Lagos region advanced to semi-final of GCGT Season 7. The talents were selected during last Sunday’s episode of the gospel show that aired on terrestrial and cable channels in Nigeria and the United Kingdom.

GCGT7 Lagos regional had thrilling performances by contestants who had earlier emerged from preliminary auditions. The episode delivered a colorful and spectacular display of distinct talents that got the audience asking for more.

A spectacular performance that got the judges’ nod for a spot in the semi-final was the beatbox display by Joshua Malcom. The teenager who attends God’s Way Christian Church, Oluti stunned the audience with his breath-taking sound simulation. The sounds were too real that it confused the judges as they wondered if the beats were actually made with Joshua’s mouth and not emanating from a hidden stereo in the background.

Another lucky contestant that made the judges’ cut was Deborah Oladipupo, who worships at Grace Point in Ibadan. Deborah had performed in her Ibadan church as a drummer before taking the leap of faith to register for GCGT auditions earlier this year. Having gone through several stages of the competition, she is delighted to be referenced as the only female drummer to qualify for the semi-finals. The judges had also praised her mastery of playing the drums with extreme discipline and control.

GCGT7 semi-finals will feature a total of 20 acts performing for a chance to advance one step closer to the 250 million Naira management deal, 10 million naira cash prize and brand new car.

Akeredolu: 100 days and beyond